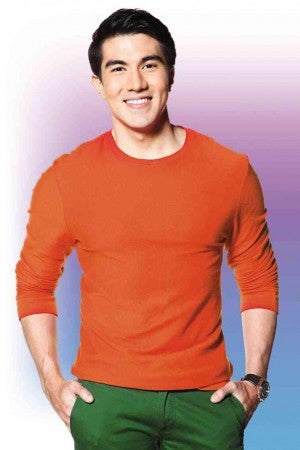 “I THINK these bashers are merely fans in denial.”

Actor and television host Luis Manzano challenged bashers to tell him to his face what they said online.

Manzano was reacting to posts on the microblogging site Twitter, where he has over 2.7 million followers.

“When I retaliate, napipikon sila. My stand (is), if they have the guts to say it online, they should be able to take what I say online, too. If you mess with me, I’d also mess with you,” said Manzano during the recent launch of JuiceBoxx, a portable gadget charger that he endorses, in Makati City.

“I think these bashers are merely fans in denial,” said Manzano, adding that he thought other show biz celebrities handled critics on the Web better than him. “Everyone is saying it’s better to keep quiet. I’m just not like that. When I got into a fight in school, the first thing my mom asked was, ‘Nakaganti ka ba?’ That’s how I was raised. If someone is going to hit you, you might as well hit back. I retaliate, but it really depends on my mood. So far, I’ve not encountered questions on Twitter that are really personal or borderline foul.”

Manzano said even rumors surrounding his romantic relationship with actress Jennylyn Mercado bounced right off him.

“Apparently, I’ve been married to her twice, been engaged thrice and broken up with her twice. I don’t know how to react anymore,” he told the Inquirer. “We jokingly ask each other, ‘Tayo pa ba? Wasn’t there (a report) that we split up?’”

He added, “Some people are in a hurry to get us married while some want us to break up. They should talk among themselves and come up with a single statement.”

The latest buzz was that he had gotten Mercado pregnant. “That’s not true. If the rumors were all true, this one should be our second or third baby. I’d like to meet them all,” he quipped.

Rumors had always been part of show business, Manzano acknowledged. “We all know the saying ‘Where there is smoke there is fire.’ One thing about this industry is that it’s also true that there is smoke even when there’s no fire. I’ve heard the weirdest things about other people that I knew were untrue. Jen and I just laugh off what we hear about us. Sometimes, I don’t even tell her what the latest rumor is because I know it’s all BS.”

There are people who appreciate the story of Jen and I. So if we go on dates, we share photos … (but) you don’t have to share every detail of your life. You should also filter. My Twitter and Instagram accounts are just me having fun.

Your mom (Batangas Gov. Vilma Santos)  joined Twitter recently. What advice did you give her?

She has been using Twitter for a long time now—she just didn’t admit it until recently. She actually has two accounts—one is the official Twitter page for Batangas, which she handles along with her staff. Her second account is personal… She gets to follow her favorite celebrities. I don’t think there is need to give her any advice because she is anonymous on Twitter. I’m just happy that she gets to enjoy social media.

How did being with Jennylyn change you?

I’ve always been malambing—that’s one thing I got from my mom. But I’ve become more loving because of Jen. She’s very expressive. We’re actually guilty of doing PDA (public display of affection). In fact, when we’re with friends, they’d ask, “Hindi ba kayo naiilang?” I said we’re fine as long as we’re not making out.

How did you influence Jennylyn?

I don’t want to impose but, according to her, she has become more fun-loving. She’s now more makulit, which is a good thing. I think we all have that kulit persona, but most of us are too shy to show it. Now she’s able to break her own walls.

Jennylyn once said her son Jazz enjoyed your company. How has your relationship with the kid progressed?

It’s OK for Jen to talk about Jazz, as she is his mother, but I’d rather not [talk about him]. I want to show respect for Jen by not bringing Jazz’s name into anything. That is also showing respect for Patrick (Garcia), who is the father. If there are two people in the world who should talk about the boy, it’s them.