Angel Locsin wants to be the first to know 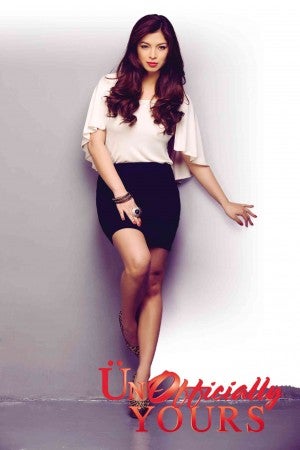 “I DON’T want to find out about my own engagement from other people.”

Angel Locsin wants to be the first to know when and if she gets engaged to be married.

The actress said that was what she told boyfriend Phil Younghusband after receiving congratulatory messages from friends.

“I felt really nervous. Aside from people congratulating me, many asked me when the wedding would be. I asked Phil if he granted any interview recently. He said he couldn’t remember,” Locsin said. “I honestly don’t want to find out about my own engagement that way. When that happens, I need to have my private moment.”

Locsin said she breathed a sigh of relief when Younghusband said he made no such announcement.

“I really don’t know if we’re ready for the next level. We both have our families as our priorities. We both have a lot of things to consider,” she pointed out. “I remember saying in interviews that I hope to get married by (the age of) 22, but I’m 28 now. I don’t know how I’d react if I’m asked that question.”

Locsin and Younghusband, a British-Filipino football star, have been dating for two years.

Younghusband, 26, is one of the frontliners of the national football team Azkals. When schedule permits, he appears on ABS-CBN’s sitcom “Toda Max,” where Locsin is a mainstay.

“He’s not interested in joining show business at all. He’s just doing it for me,” the actress clarified. “Football is his life just like acting is mine. I prefer that we have different interests. I support him in his dream to represent the country through his sport.”

“Toda Max” will be celebrating its second anniversary in November. Locsin admitted she felt depressed when lead actor Robin Padilla decided to leave the show.

“Adjusting was hard when he left, but we respect his decision. He had to resign to give priority to his movie commitments,” she said. “I asked the other cast members, ‘Can we do the show by ourselves? Must we step up?’ We’re very thankful when Ms Ai-Ai (de las Alas) agreed to join our group.”

Locsin did not think Ai-Ai would accept the offer. “I thought, since she was already a big star, she would want her own show and not just be a replacement for another actor,” Locsin explained. “I was surprised to learn how down-to-earth and honest Ms. Ai was as a person. The funny Ai-Ai you see on TV is the same person you get to bond with off-cam. Wala siyang ere.”

She added, “It’s amazing that, despite her stature, Ms. Ai doesn’t mind hanging out and sharing funny stories with the rest of the cast. I remember feeling tense to be working with her for the first time. I even told our director (Malu Sevilla) about my worries. Direk said Ms. Ai was one of the easiest people to work with and Direk was right.”

During a visit to the “Toda Max” set inside the ABS-CBN compound in Quezon City, Locsin gamely answered current issues, like her alleged nude photos circulating on the Net.

Locsin said she chose not to pay attention to them. “The pictures have been posted on websites again and again. I can’t do anything about them so I just close my eyes. I’m sure that they’re not mine anyway. What’s important to me is that my family and the people close to me know the truth,” Locsin stressed. “I have nothing to say to people who benefit from spreading fake pictures of innocent celebrities—I don’t know them personally. All I know is that I’ve done nothing to deserve what they did.”

The actor refused to be judgmental of other people who got involved in sex scandals. “I have a friend who has a sex video, but this doesn’t change how I look at him. I still respect him. He is still one of my closest friends,” said Locsin, referring to Parokya ni Edgar frontman Chito Miranda. The singer’s video with his girlfriend, actress Neri Naig, was the subject of many show biz stories last month.

Locsin also addressed rumors she would once again play the role of the Mars Ravelo superheroine “Darna,” now that the Kapamilya network had acquired the rights to it.

“I don’t mind doing it again. Portraying the role helped boost my career,” she said. “Let’s just wait for the network bosses’ decision. I also would not take it against them if they decide to give the role to someone younger. I don’t want to rob others of the chance to be Darna, especially since I’ve already experienced playing it.”

Locsin first wore the Darna costume when the series aired on GMA 7 in 2005. It holds the record of being the first primetime series to reach a rating of 47.1 percent (according to AGB and AC-Nielsen) during its pilot episode.

In 2009, the series aired on GMA 7 once again, with Marian Rivera in the title role.