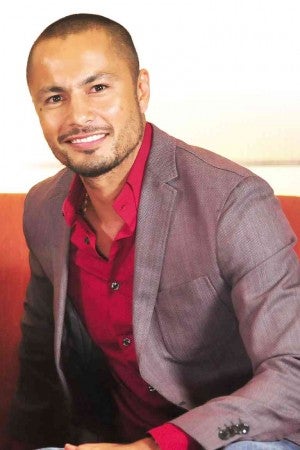 “CRISTINE and I know the truth, and that’s all that matters.”

When reports broke that Derek Ramsay and Cristine Reyes had called it quits after only a month of dating, not a few show biz insiders surmised that the couple’s short-lived romance was merely a publicity stunt to drumbeat their movie, Elwood Perez’s “My Trophy Wife,” as well as their respective projects.

And then there were some who claimed that Derek broke up with Cristine because of the latter’s “attitude.” However, at a recent media gathering for TV5’s coming weekly drama series, “For Love or Money,” the 36-year-old hunk denied such rumors, and insisted “that no one was at fault” for their breakup.

“Cristine and I know the truth, and that’s all that matters,” Derek told reporters. “There was hearsay about her attitude. Why [blame] her? I know Cristine’s personality and she’s a wonderful person. We’ve been friends for three years.” The two actors starred in Star Cinema’s 2011 film “No Other Woman.”

Although Derek was tight-lipped when pressed for details, he did share with scribes that the breakup was a mutual decision. “What I can say is that no one did anything wrong or bad. It just happened—a decision that was made,” he said. “Walang bagay na nagdala ng galit o ng kung ano man.”

The failed relationship caused quite a ruckus, especially because shortly after revealing that they were together last August, the TV5 talent posted on his Instagram account a photo of him and Cristine locking lips with the caption: “This is forever.”

“You all know me, I’m an emotional guy and I speak from the heart,” he said. “Sometimes I say things that get me into trouble, but I’m not going to change that; it’s who I am. It’s just that things didn’t work out the way people thought they would.”

The relationship was the shortest he had, but it was still meaningful for the hunk. “It’s the shortest-longest relationship I’ve had—short because it only lasted for a month; longest because I’m going to be her friend for life,” explained Derek, who was previously in a six-year relationship with actress Angelica Panganiban.

The ex-couple is scheduled to do shows in Hawaii this week. Asked if he was excited to see Cristine, Derek said, “I’m not uncomfortable about us seeing each other. I’m excited … I’m her friend.” He added that what happened between them won’t affect the shooting of “My Trophy Wife.”

Meanwhile, in Derek’s latest teleserye, “For Love or  Money,” the actor’s character Edward gets caught in a love triangle with Alice Dixson’s and Ritz Azul’s characters. Loosely inspired by the movie “Indecent Proposal,” the pilot episode shown to the press featured Alice as the coincidentally named Cristine, who offers Edward P10 million in exchange for his love.

Has Derek had his share of indecent proposals in real life? “I’ve had many offers—money among other things. But I usually turn them down even before learning what they’re offering,” he related.