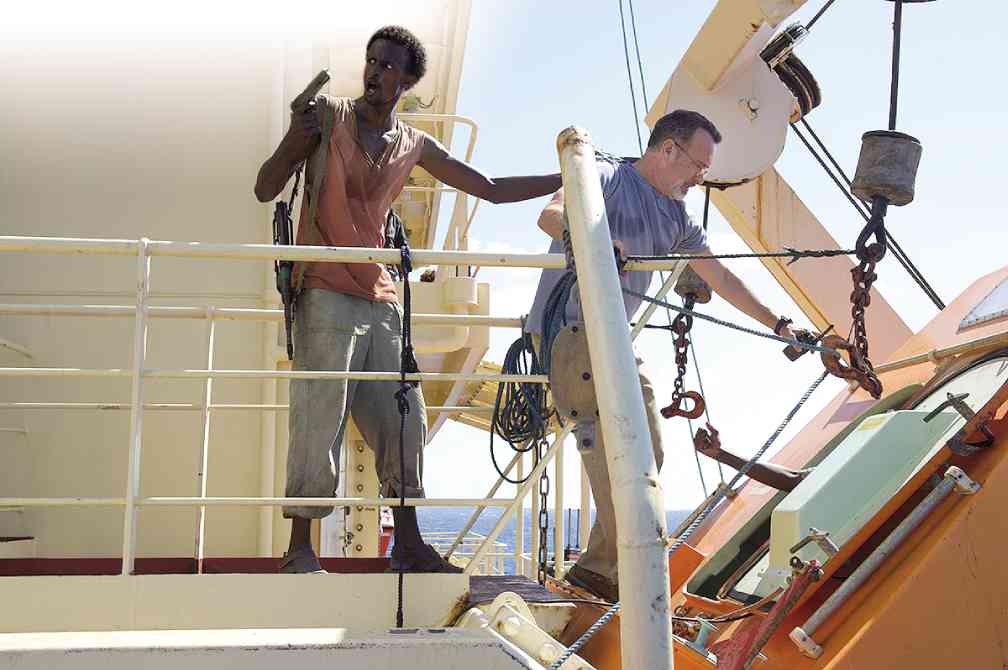 LOS ANGELES—There’s a terrifying scene in “Captain Phillips” when Somali hijackers take over the cargo ship commanded by Tom Hanks’ character and confront him for the first time. In reality, it was also the first time that Tom and the debuting actors met. It’s one of the gripping moments in Paul Greengrass’ depiction of the 2009 true story of Captain Richard Phillips whose Maersk Alabama container ship was hijacked by Somali pirates.

Later, the captain was held hostage on a life boat for three harrowing days until he was rescued by Navy SEALs opening fire on his captors from the destroyer Bainbridge. Tom, in top form in the title role, meets his match in Barkhad Abdi—terrific as Muse or Skinny, the leader of the pirates who improvised this chilling line (and Paul wisely kept it in the film) that he tells Richard: “Look at me. Look at me. I’m the captain now.” The amateur actors playing hijackers also almost hijacked the film from Tom.

The astonishing thing is that Barkhad and his Somalian friends (they all hail from Minnesota) are indeed first-time actors. This impressive cast includes Faysal Ahmed (also especially good as Najee), Barkhad Abdirahman (Bilal) and Mahat M. Ali (Elmi).

“They have probably been down doing a lot of work for weeks prior to our first scene together,” Tom said in our recent LA interview of these remarkable actors making their big screen debut. “I didn’t meet them until they stormed the bridge of the ship. The first take was pretty hairy. The second take was pretty hairy and by the time we did the third take, that was hairy, too. Then we all said (to Barkhad), ‘What’s your name?’ Then we all got to know each other. Barkhad was always very present, in the moment and always had a very particular sense of timing. He brought reality to the scene because he has never acted professionally before.”

Tom explained how they ended up with these exceptional novice thespians. “They were part of open casting calls in Minneapolis,” he began. “Nearly 1,000 people showed up. These guys kept progressing, initially by their looks and past the snapshot phase to, eventually, they had to bring something else to the game. They are all, what can I say, inclined in that way… particularly Muse or Skinny, the other captain. He’s an artist unto his own right. He makes his own music and is a very creative guy. He’s a very internal kind of dude as well. 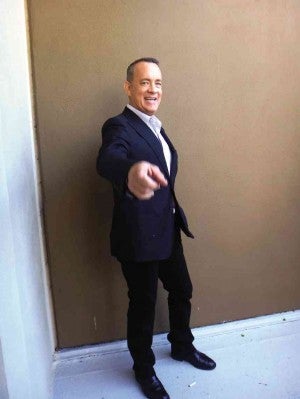 “They were dedicated guys who, once they got the hang of things, came in and slugged away every day. When we were finally in the actual life boat, in which we were spending time every day, we could chat about a couple of other things. I sometimes had a hard time getting a word in, edge-wise, because as soon as the camera stopped rolling, they all started arguing or laughing in Somali. I’d say, ‘What is it?’”

Tom, who talked to the real Capt. Phillips whom he calls Rich, recounted some of the latter’s stories: “Over the course of many days, they (the Captain and his hijackers) ended up laughing and joking. They ended up having moments of real human connectedness that were almost surreal when you consider what the circumstances were. Rich had knowledge that he did not share with the hijackers. He knew there were things on board that boat. He could open a lid and there would be some creature comforts but he didn’t do that. He was playing an extremely long hand of Solitaire in order to prolong things.”

According to Tom, Rich said that the condition in the small life boat was hellish. “I will tell you that it became very miserable very quickly,” Tom recounted what Rich told him. “That boat stank because they had nowhere to relieve themselves and it was hotter than Hades. It was a miserable, horrible place. At one point, Rich absolutely feared for his life. He was at that point where he wondered, is anybody ever going to come?

“Rich had no idea what was going on. He did not know anything until the Bainbridge showed up. When he did, it was a combination of, ‘Oh great, they’re here now’ and ‘Oh my God, now we’re all going to get killed because these guys are insane.’ They beat him up a lot more. They were really pressuring him but at the same time, they would joke about something that they would all laugh about.

“Rich did not like one guy, Najee,” Tom said. “He recognized a hothead when he saw it. Rich realized that for all the physiological changes that he was going through because of lack of food and water, the hijackers were doubly suffering because they had run out of khat—which is a stimulant that they chew on. They were trying to light cigarettes just to get some buzz. Rich was worried about those guys going stark raving nuts on him because they were like almost in withdrawal.”

A surprising emotional scene toward the film’s ending left us very moved. It’s one of the reasons why “Captain Phillips” marks one of Tom’s finest performances in his career. We won’t go much into details except what Tom offered to say about this scene.

“The actual scene was something that we found out about that day. The actual captain of the Bainbridge (Frank Castellano, played by Yul Vazquez of ‘Amigo’), was on board where we were shooting. We had shot something that was in the script that was reminiscent of the end of the story. Both Paul and I said to the captain, ‘Hey, what did you do with Rich when you got him on board?’ He said, ‘Well, he was a mess so we sent him to the infirmary.’ Paul said, ‘Let’s go see the infirmary.’ 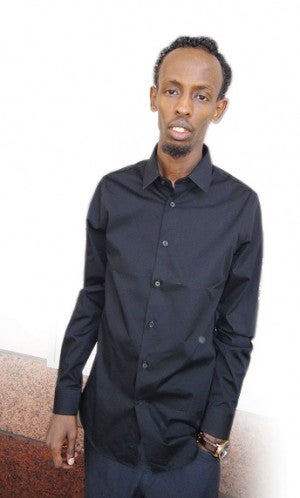 “We went down and saw what it looked like and the actual people whom you see in the movie who were the crew of the ship. We said, ‘What would you do with a guy (like Rich)?’ They said, ‘We do this…’ Paul said, ‘Why don’t we shoot it and see what happens?’ We shot it and that’s what happened.

“By that time, the filming had been going on for a long time. I’d been on the clock, been thinking about this for a long time. I was like, get dressed, throw yourself in and see what happens. I don’t remember much of it myself, to tell you the truth, except the first pass. We did and it sort of fell apart. The blonde woman who was in charge fell apart in a way that was subconscious—you could either get over that or fall apart for a very natural reason. We said, ‘Don’t worry about it. You can’t do anything wrong here. It’s not like this is a test. Let’s do it again and we’ll see what happens.’

“She said, ‘One of the reasons I was so thrown off was because they put a real blood pressure cuff on me. Your blood pressure shot up so high. I was worried about you.’ We ended up doing more takes. It didn’t take much more than an hour to get it. It was one of the things that we just grabbed.”

Asked if he cried easily in real life, Tom, who recently revealed that he had type 2 diabetes, admitted, “I weep over much. I’m a sappy guy. I cry (easily) the way my grandkids can make me laugh. I laugh but I weep over human connections that are somehow reflective of this tenuous place we all have in this world. That’s where I find myself getting emotional. I must say that I’m a great audience for anything that is going to pull at the heartstrings.

“I was alone the other day and I was watching this 1957 Soviet movie called ‘The Cranes are Flying.’ I found myself with tears in my eyes. I was weeping because all the soldiers came back on a train waving the hammer and sickle. I’m a nut for even that stuff.

“I’m not a big guy for weeping in public except when I have to give speeches sometimes. But when I’m alone, and something gets me, I can really be gone. There’s something about being connected to someone else’s story—that can make the emotions get the best of you.”