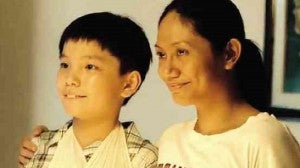 A Cannes winner, a Sundance favorite and a Cinemalaya topnotcher—each tackling different aspects of the Filipino diaspora—are set to slug it out for one of five slots in the 2014 Foreign Language Oscar derby: Anthony Chen’s “Iloilo,” Sean Ellis’ “Metro Manila,” and Hanna Espia’s “Transit” have been chosen to represent Singapore, the United Kingdom and the Philippines, respectively.

On our recent trip to Singapore, we caught a screening of “Iloilo” at the Plaza Singapura cineplex on Orchard Road. The bittersweet drama, which won the Camera d’Or at this year’s Cannes fest, is inspired by the true-to-life tale of Filipino nanny, Teresita Sajonia, a cash-strapped midwifery graduate from Iloilo who decided to seek greener pastures in the affluent city-state in the ’80s.

“Auntie” Terry took care of Chen and his two brothers for nine years before her services were terminated as a result of the global economic crunch in the late ’90s. In the film, she is portrayed with persuasive dignity by the exceptional Angeli Bayani, who smartly sidesteps melodrama as she slowly peels away the rich layers of her character’s personality—and turns in the best performance of her career!

When it isn’t effectively juxtaposing two disparate cultures brought together by a common economic need, the film focuses on the unlikely but beautifully evinced friendship that develops between Terry (Bayani) and her 10-year-old, spoiled brat ward, Jiale (the superb Koh Jia Ler), who initially makes life a living hell for the poor Ilongga. 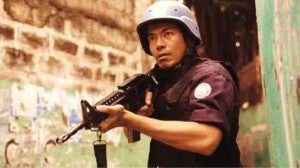 Later, their growing affection for each other doesn’t sit well with Jiale’s increasingly jealous mother, Hwee Leng (Yann Yann Yeo), while his father, Teck (Tian Wen Chen), loses his job but decides not to  tell his family about it!

Unlike most nannies, Terry isn’t depicted as a “suffering” and self-effacing domestic helper who just takes all the sadistic salvos thrown her way. After a scary episode in a grocery store that almost gets her fired, she scolds her naughty ward and reminds him, “I may only be your maid, but you can’t bully me!”

The film has a lot of memorable dramatic highlights that eschew schmaltz for something more thoughtful and deeply provocative: Terry and Jiale’s indelible parting scene still gives us goosebumps every time we think about it! And we’re happy to learn from Origin8Media that the film will finally have its Philippine run starting Dec. 4, so don’t miss it!

Oscar-nominated director Sean Ellis’ “Metro Manila” (it opens here on Oct. 9), which won the Audience Award in the World Cinema-Drama category at this year’s Sundance fest, also offers up a compelling look at another form of migration:

Oscar Ramirez (Jake Macapagal) takes his impoverished family away from the increasingly unproductive rice fields of Northern Luzon—only to fall prey to the amoral, dog-eat-dog lifestyle of the big city, and the criminal underworld that lurks in its shadows.

To make ends meet, Oscar unwittingly ends up driving for Ong (the sinister John Arcilla), a shady security officer who takes the down-on-his-luck family man under his wing, while his wife, Mai (Althea Vega), is forced to work at a strip club. Then, Ong hatches up a dangerous plan that makes Oscar wonder just how far he can go to give his family a better future!

Ellis paces his noirish, searingly tense-filled drama with unrelenting urgency. The quietly empathetic Macapagal and Vega should be commended for keeping things on an even thespic keel, never allowing the production’s emotionally charged sequences to get overdramatized, even as their characters strive to find warmth and hope in their seemingly hopeless and chaotic world—much like the society we inhabit!