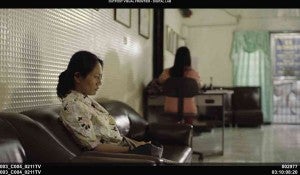 The fest website describes the four-hour-film as “a careful rethinking of Dostoyevsky’s ‘Crime and Punishment,’ shot in blazing color …[This] tour de force offers a masterful recapitulation of Diaz’s longstanding obsessions: cultural memory, national guilt and the origin of evil.”

The site explains, “Diaz’s marathon movies reveal just how much other films leave out … the broad canvas accommodates both the irreducible facts of individual experience and the cosmic sweep of time and space.”

“Norte” will be screened at the Walter Reade Theater in New York City, Sept. 29.

After New York, “Norte” will be screened at the 57th BFI (British Film Institute) London Film Festival, set Oct. 9 to 20.

On the festival website, critic Kieron Corless hails Diaz’s films as “one of the glories of contemporary cinema.”

He remarks: “Rarely screened in the United Kingdom [due] to their epic durations … Diaz’s latest masterpiece [at] four hours … more than earns every second of its screen time, as ecstatic critical reactions in the wake of its Cannes screenings testify.”

Corless praises “Norte”: “Spellbinding deep-focus color imagery and a seemingly effortless binding of intimate detail with epic sweep make this [film] one of the absolute must-sees of the festival.”

“Norte” is scheduled at the BFI Southbank on Oct. 11 and 13. Bayani San Diego Jr.