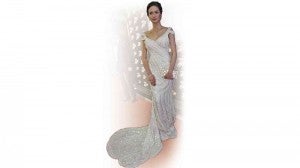 ERICH Gonzales grows up with her beau. RICHARD REYES

Previous lovers fondly remember Handsome Hunk as a thorough and tireless lover. In spite of some reported shortcomings, HH is allegedly a dynamo in the boudoir.

HH, who was loveless for a spell, has found a worthy playmate in Sexy Starlet, who’s no slouch in the romance department, either.

In fact, she is famously indefatigable. Just ask her ex, Gifted Actor, whom she pushed to the brink of exhaustion.

A spy insists that HH and SS often engage in marathon sessions. Ah, a match made in R-rated heaven!

Now for the X-rated version.

Sultry Starlet reportedly has a scandalous video circulating in cyberspace.

Then again, this could be a devious ploy concocted by Internet scammers to increase traffic to their dubious website.

It’s confirmed. Controversial Celebrity has people on her payroll whose job is to attack Popular Star.

As soon as PS’ latest project was launched, the Attack Dogs switched to full battle mode.

A source says CC rewards her ADs handsomely. Another insider disagrees, saying CC is quite stingy and is generous only to loyal veterans.

Whatever … it’s clear CC has to resort to dirty tricks.

Pretty Star used to be candid and straightforward. Lately, however, she has become hard to deal with.

PS often clams up during interviews, much to the chagrin of reporters. She invokes Strict Manager as the reason for her reticence. But the more discerning know it’s just PS. Has fame caught up with her? 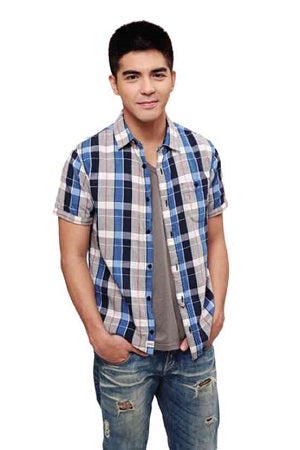 MARK Herras is fine with remaining chummy with ex.

Major Star is notorious for being a mean drunk. Former Sweetheart witnessed just how nasty MS was when soused.

On their way home from a splashy event, the couple had a petty spat.

MS, who was behind the wheel, was furious.

MS stepped on the brakes, ordered the quivering FS to step out, and sped away, leaving the girlfriend in the middle of the dark road. Baaad!

Aljur to Kris, after being asked to show his abs: “Pakitanggal ’yung butones.” (And there’s strike two.)

Alex Gonzaga on her love life: “May dine-date ako. Pero as of now, nothing serious.” (That’s how it starts.)

Melissa Ricks, asked if she and her ex, Jake Cuenca, are friends: “No, of course not.” (Talk about honest.)

Sunshine Cruz on estranged husband Cesar Montano bringing up that she was once a bold star: “Masakit, kasi kahit naman naging ganun ako, first boyfriend ko ’yun, eh … Huwag mong ibalik ’yung past.” (He is part of your past. Move forward ka lang, ’teh.)