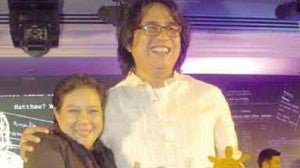 Filipino filmmaker Jose Javier Reyes, juror, recounted: “No one wanted to give in. There were four clear front-runners, but the list was narrowed down to two.” (The four topnotchers were “Mabuti,” “Chacha,” Sari and Kiri Dalena’s “The Guerrilla is a Poet” and Miguel Alcazaren’s “Puti,” said Reyes.)

Actress/juror Cherry Pie Picache concurred: “The deliberations were interesting, intense. Just goes to show how rich our country is with stories and talented filmmakers.”

Related another jury member, Beijing-based critic Stephen Cremin: “As the results suggested, there was a clear division within the jury… but the fact that both films had such passionate supporters among the jurors reflects well on CineFilipino.”

Another juror, Hong Kong Film Festival executive director Roger Garcia, agreed: “It’s fascinating that an established filmmaker like Mes shared top honors with a first-time filmmaker. You have the old and the new.”

The awards program was held at the Genting Club of Resorts World Manila on Sunday night.

De Guzman came away with the best director and screenplay trophies for “Mabuti.”

Top acting honors went to newcomers—best actress to Teri Malvar of “Chacha” and best actor to Karl Medina of “Poet.” 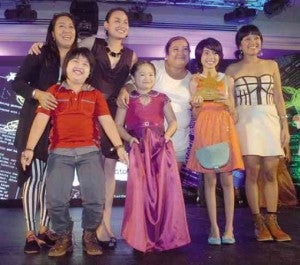 Malvar, 13, portrays a young lesbian in the throes of first love. “I wasn’t supposed to audition. It was my mom Cherry (a bit player) who wanted to try out,” recounted Malvar, a Grade 7 pupil from Parañaque.

The actor related: “It’s my first full-length role, my first speaking part. I also played Joma Sison in an earlier GMA 7 docu show (“Case Unclosed”) but I had no lines there.”

Cabrera told the Inquirer that the shoot of “Poet” in the mountains was grueling. “We met real-life rebels… that’s why I dedicated my trophy to them.” It was heartening, he said, that the fest honored actors who were not “popular celebrities.”

Aquino, who did not make it to the awards show, told her director, Bernardo, “that she didn’t expect to win and that she only wanted the kids [in the film] to be recognized.”

Aquino got her wish; best ensemble went to the cast of “Chacha.”

Aside from Picache, Reyes, Garcia and Cremin, the other jury members were Filipino filmmaker Chris Martinez and TV5 president Noel Lorenzana. MediaQuest, Studio 5, PLDT-Smart Foundation and Unitel were the festival organizers.

Picache pointed out: “I’m glad another group mounted a festival that showcases and helps our new breed of filmmakers.” 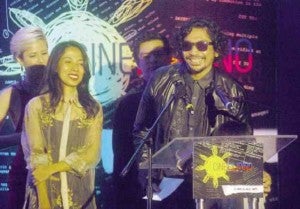 Garcia noted: “There was a wide range of films, generally of high quality. Plus, the films were what you’d call ‘accessible.’ The fest was not limited to art films; it reached out to the audience. Perhaps that was because TV5, as one of the grant-givers, wanted movies that it could air. That’s not a bad thing.”

Cremin said: “It’s always impressive to see the cinematic quality of films presented in Philippine festivals despite their low budgets. I hope audiences and theater owners will support local films.”

De Guzman quipped: “Awards are a nice bonus. I was told ‘Mabuti’ was the fest blockbuster. All our screenings were well-attended. It even got a standing ovation at Lucky Chinatown Mall. The Noranians took charge of the screenings.”

The director said having Nora Aunor as the lead star was a prize in itself.