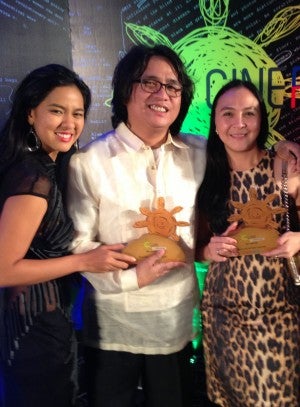 De Guzman brought home the best director and screenplay prizes for “Mabuti,” a modern parable starring Superstar Nora Aunor as a Nueva Vizcaya healer who grapples with a moral dilemma.

Best actress went to 13-year-old Teri Malvar who portrays a young lesbian in the throes of first love in “Anita.”

Malvar said she “prayed” hard for her film’s victory. 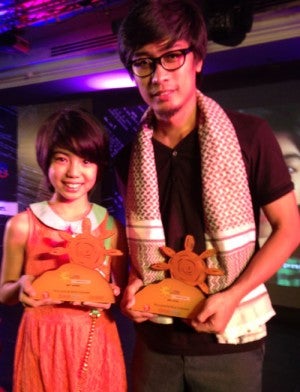 Best actor went to another first-timer, Karl Medina who plays revolutionary Jose Ma. Sision in Sari and Kiri Dalena’s “The Guerrilla is a Poet.”

Medina is the son of award-winning actor Pen Medina and the brother of acclaimed actors Ping, Alex and Victor Medina. “It’s unexpected. This is my first movie,” Medina owned up.

In his speech, Cabrera dedicated his trophy to “those who are continually fighting for their beliefs.”

Aquino was not able to attend the awards show, but conveyed to her director Bernardo her happiness.

“Angel said she only wanted the kids to win.”

Aquino got her wish; best ensemble went to the cast of “Anita.”

The technical prizes were divided between the Dalenas’ “Poet” and Mike Alcazaren’s “Puti.” 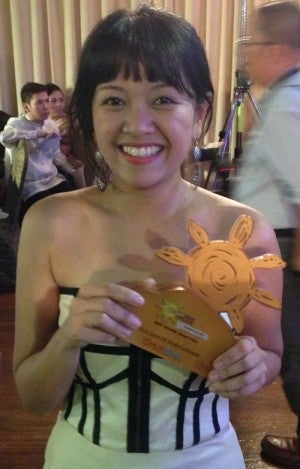 Lorenzana said that he was impressed by the high quality of films in the festival and described the current resurgence in Philippine filmmaking as “a defining moment in cinema.”

MediaQuest, Studio 5, PLDT-Smart Foundation and Unitel are the festival’s organizers.