‘Incendiary’ Capaldi is new Doctor Who 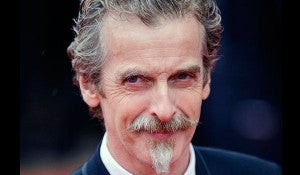 LONDON – Scottish actor Peter Capaldi, best known as the abusive spin doctor in satire “The Thick of It”, was on Sunday named as the new eponymous star of cult British series “Doctor Who”.

The BBC unveiled the 55-year-old Glaswegian as the 12th Time Lord during a live programme on Sunday evening.

“Being asked to play the Doctor is an amazing privilege. Like the Doctor himself I find myself in a state of utter terror and delight. I can’t wait to get started,” said Capaldi, who will replace outgoing Doctor Matt Smith.

“It’s so wonderful not to keep this secret any longer, but it’s been so fantastic,” he added.

“One of the most talented actors of his generation is about to play the best part on television,” he added.

Capaldi hit the big screen in 2009, playing the Machiavellian Malcolm Tucker in political comedy “In The Loop”, where he starred alongside the late James Gandolfini.

The science fiction adventures of the Time Lord— a time travelling, humanoid alien who traverses the universe in Tardis spacecraft— have maintained a loyal following since they were first aired in 1963.