Jay-Z knows how to please 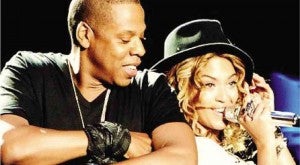 Jay-Z’s latest release, “Magna Carta…Holy Grail,” doesn’t quite live up to the magnitude suggested by its ambitious title. But, the rap luminary’s 12th solo effort since 1996’s “Reasonable Doubt” has enough clever wordplay, irresistible riffs and thought-provoking themes to keep his followers giddy with head-bobbing glee.

Kanye West’s “Yeezus” may be more conceptually cohesive—but, even with his lyrical lapses, Shawn Carter’s irreverent alter ego certainly knows how to please.

The rap genre doesn’t cater to every music-loving demographic—but, we began seeing Jay-Z in a different light when the controversy surrounding his participation in the 2008 Glastonbury festival erupted, resulting in the verbal exchanges between him and Noel Gallagher, who was none too pleased about the guitar-driven event’s decision to tap the hip-hop superstar as its headliner.

Oasis’ former guitarist stated, “I’m sorry—but, Jay-Z? The festival has a tradition of guitar music—and, even when they throw the odd curve ball on a Sunday night, you can’t help but go, ‘Kylie Minogue?’ I’m not having hip-hop at Glastonbury. It’s wrong.”

Instead of insult-spewing vitriol, Jay-Z’s reply was almost conciliatory: “We don’t play guitars, Noel—but, hip-hop has put in its work, like other forms of music. The headline show is part of natural progression, because rap music is still evolving. We have to respect each other’s genre and move forward.” Then, the celebrated rapper opened his Glastonbury set with his cheeky cover of Oasis’ “Wonderwall”! —Can you think of a better “rebuttal”?

While “Magna Carta” doesn’t have as many guest vocalists as, say, 1999’s “Vol. 3…Life and Times of S. Carter,” Jay-Z wisely puts the skills of his stellar vocal collaborators to good use—from “The 20-20 Experience”-channeling Justin Timberlake (in “Holy Grail”) and the fabulous Frank Ocean (“Oceans”) to Carter’s former rival, Nas (“BBC”), and his wife, Beyoncé Knowles, whose sultry impudence in the Timbaland-produced head-bobber, “Part II (On The Run),” will knock the socks off of hip-hop’s testy aficionados.

With a larky trombone and piano swirling in the background of “Somewhere In America,” the Master of Flow references his drug-dealing past as he pokes fun at the “still-twerking” Miley Cyrus—Jay-Z’s howling answer to “Party in the USA.”

In his team-up with Timberlake, which samples Nirvana’s “Smells Like Teen Spirit,” he comes to grips with the downside of being famous, and appropriates Kurt Cobain’s love-hate relationship with his celebrity to mirror his.

“Heaven” samples R.E.M.’s “Losing My Religion,” and conveys Carter’s ambivalence toward his spirituality: “Question religion, question it all/ Question existence until their questions are solved.”

The huge ego is still there, however: Jay-Z compares himself to God in “Crown,” then to neo-expressionist artist Jean-Michel Basquiat and cubist Pablo Picasso in “Picasso Baby.” And, like Kanye West’s “Blood on the Leaves,” his fascination for subject matter that tackles cultural profiling (in a number with Rick Ross, about why young African-Americans are attracted to jewelry) and racial prejudice (“FUTW,” “Oceans”) comes through, inspiring him to reference Billie Holiday and her oft-sampled tune, “Strange Fruit.”

Frank Ocean’s soulful crooning fuels the latter track: “I hope my black skin doesn’t dirt this white tuxedo/ Before the Basquiat show/ Because this water drowned my family/ Mixed my blood/ Tells my story/ This water knows it all!”

The rapper’s fatherly concerns are astutely—and ingeniously—conceived in “Jay-Z Blue,” which is dedicated to Blue Ivy, his daughter with Beyoncé. But, instead of interpolating a musical sample to dramatize child abuse, the disturbing song utilizes a voice clip from the 1981 film, “Mommie Dearest,” which depicts the traumatic upbringing of Christina Crawford at the hands of her adoptive movie-queen mother, Joan Crawford (Faye Dunaway)!

Jay-Z is engaging as he looks back at his unhappy childhood: “Father never taught me how to be a father, treat a mother/ I don’t want to repeat another, leave another/ Now, I got my own daughter/ Cut the cord, watch her take her first breath/ And I’m trying—and I’d be lying—if I said I wasn’t scared/…No wire hangers—ever!”