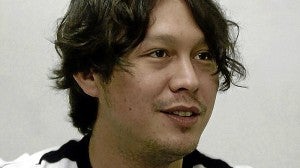 MANILA, Philippines – A Makati court on Monday found actor Baron Geisler guilty of the charge of act of lasciviousness filed by the daughter of Yayo Aguila and William Martinez five years ago.

In 12-page decision promulgated on Monday afternoon, Presiding Judge Barbara Aleli Briones of Makati Metropolitan Trial Court Branch 61 sentenced Geisler to a minimum of six months and maximum of over two years in prison and likewise ordered him to pay the complainant Patrizha Maree Martinez P30,000 for moral damages.

Patrizha Martinez, the 27-year-old daughter of the celebrity couple, was overheard saying “Thank God” while the court decision was being read.

“Justice has been rendered in this case. My client was very pleased with the decision of the court,” Salvador Panelo, counsel for Martinez, told reporters after the promulgation.

Geisler’s lawyer Carlo Alentajan clarified that the court’s ruling was not yet final and executory. “We’re only in round 1. We are planning to file an appeal at the Regional Trial Court,” he said.

The case stemmed from an incident on April 26, 2008 when he allegedly mashed the breasts of the complainant who was only 21 at the time during a party at the Fiamma Bar in Makati City.

In a statement, Geisler’s lawyer said they will appeal the decision.

“There is no final decision yet. Under the law, Baron (Geisler) is still presumed innocent,” the lawyer said.

The lawyer said Geisler has been told to refrain from making any statements regarding the recent decision.