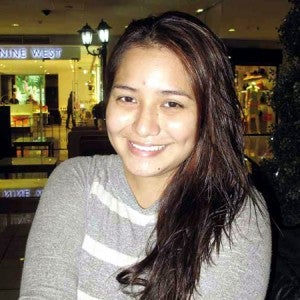 This July, another female director will debut at the Cinemalaya fest via “Transit,” which stars Ping Medina and Jasmine Curtis Smith, and was shot mostly in Israel.

Hannah Espia’s thesis film, “Ruweda,” previously competed in the annual indie showcase. Her family owns a travel agency specializing in Holy Land tours. She shares, “I came up with the idea for ‘Transit’ the first time I visited Israel.

“A guy was carrying a baby who was crying the whole time we were on the plane—we couldn’t sleep! Then, somebody asked why he didn’t wait for the baby to get bigger, and he replied, ‘Bawal sa Israel magpamilya.’ That’s how the movie began.”

In 2009, a policy banning foreign workers from having families was implemented in Israel—so, their children were deported to their home countries. The story of many overseas workers is a double-edged sword—they provide for their families, but at the same time, they neglect them. “Transit” is about the displacement of OFWs and how they lose their identities along the way.

Espia is getting a lot of support from producer Paul Soriano and cinematographer Lyle Sacris. She shares, “Paul keeps me grounded. When I was distressed, he would tell me to take a five-minute ‘cry’ break!”

Sacris, her former teacher, told her, “Don’t be afraid to order me around. Tell me what you want, and I’ll be here to guide you. You’re the director, so you call the shots!”