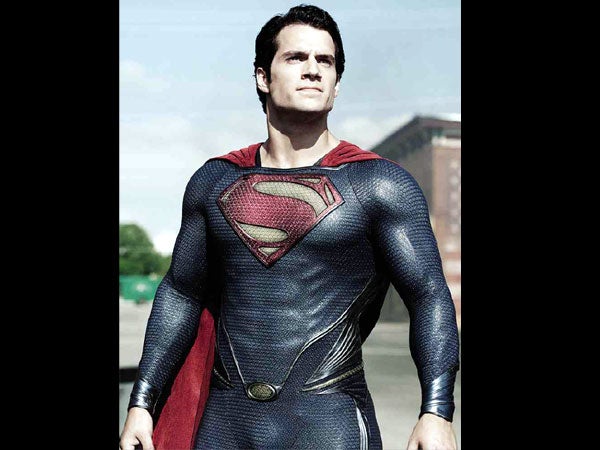 “Superman” made a big star out of Christopher Reeve many years ago—and the good news now is that the same thing could happen to Henry Cavill, who has clicked with viewers as Clark Kent/Superman in the new sci-fi blockbuster, “Man of Steel.”

The British actor with the chiseled face and bulked-up bod is being lauded, not just for looking the part, but also for his ability to imbue his iconic super-hero character with warmly “relatable” emotions that “humanize” him, the better for viewers to regard him as a person, rather than just a “steely” superhero.

On the new teleserye, “My Husband’s Lover,” the fresh focus is on Tom Rodriguez, who’s cast as the husband who is “shared” by wife Carla Abellana and “lover,” Dennis Trillo. Will Tom be able to take full advantage of the big break that’s been handed to him?

In addition, viewers are taking note of how Dennis “attacks” his potentially controversial gay role. To his credit, Dennis has of late been trying to make his TV-film role choices less predictable and more exciting, the better to make the audience take him more seriously as an actor, and to showcase what he’s learned in his decade-long performing career.

However, his latest role could be his most controversial “outing” to date, so public acceptance depends on how carefully he “calibrates” his portrayal, so that he can capture its “edgy” essence without turning off the more safely “traditional” viewers out there.

It’s also not yet all that clear how the “frank” and “forthright” drama series will play out as a primetime TV show on the local screen, as opposed to its being produced as a “for adults” film for restricted viewing only in theaters.

Obviously, since some children are always watching at home, certain adjustments need to be made—so the series’ creative team has its work cut out for it in coming up with an acceptable mix of truth and a savvily calibrated version or equivalent thereof.

In the recent satirical indie, “Juana C.,” there are many cameo and supporting portrayals, but among the few that really stand out are those contributed by Niño Muhlach as a plumply corrupt general, Angelina Kanapi as a master facilitator and corrupter for all reasons, seasons and “sleazons,” and Annicka Dolonius as a ditzy pa-sosyal student.

We recall being impressed with Dolonius’ lead performance in another indie a couple of years back, in which she co-starred with Bembol Roco’s son, Dominic, so it’s great to see her back on the movie screen again, as lovely and gifted as ever.

Why don’t mainstream producers and directors cast her in their productions, so her career gains the stellar traction it deserves? She’s so much better than many of the insipid and cookie-cutter starlets out there, and she looks great, to boot—so, what are we all waiting for?

As for Ms Kanapi, we recall having been moved by one of her stage portrayals years ago, so it’s wonderful to see her similarly making such a vibrant impact on the movie screen.

Her wheeler-dealer character in “Juana C.” is one of the film’s pivotal figures, and the breezy and sassy way that she takes full and colorful control of it is deliciously impressive to behold.

As for Niño, he’s in fine spirited fettle here, so we hope to see him playing an even more substantial film role—real soon!