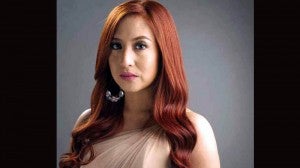 When “Party Pilipinas” was deservedly axed some weeks ago, we hoped that GMA 7 would replace it with a more original and freshly conceptualized show, to give its prized Sunday noontime slot a big boost in terms of reinvigorated viewer interest and appeal.

So, we caught the replacement program’s first telecast last Sunday, to see if “Sunday All Stars” would measure up to the challenge, and deliver the goods.

Alas, the new program came off as well-intentioned but underwhelming, because it chose to retain most of the old cast of “Party Pilipinas,” including its four relatively “senior” stars.

What is “new” about the show is its “competition” format, with all of its many stars and starlets now divided into four groups, with each team putting up a more polished singing and dancing showcase, and the four top stars and the viewing public deciding who the best group and individual performer for the week are.

The competition format did challenge the performers to work harder than they did on the previous program, but it really wasn’t all that original—because, isn’t that what the old “That’s Entertainment” show used to do, and “Eat Bulaga’s” Saturday edition still does?

—Anyway, “Sunday All Stars’” heightened competitive spirit has produced better performances from some previously lazy stars and starlets, so it still comes off as a plus. But, will it be enough to keep viewers watching from week to week? We trust that the show’s performing teams will keep coming up with dynamic and “different” concepts, so their new program continues to surprise viewers!

We similarly trust that the team members will cooperate fully in the channel’s earnest effort to provide them with a regular venue to develop their skills.

Last Sunday, a team leader was heard to complain about many talents coming late for rehearsals, and another leader starkly reminding everyone, “When you’re on time, you’re late!”

It would also help if some performers would work harder to “heat up” their teams’ numbers.  Last Sunday, the standouts in this regard included Yassi Pressman, Jonalyn Viray, Jolina Magdangal, Christian Bautista, Andrea Torres, Aicelle Santos, Glaiza de Castro and Gian Magdangal. At the other end of the “stellar-shine” spectrum was the relatively dim wattage emanated by the less committed likes of Solenn Heussaff and Aljur Abrenica.

In terms of hosting, Janine Gutierrez was too hyper, and both she and Heart Evangelista should beef up their thin speaking voices, pronto.

As for the program’s four stellar “evaluators,” it would really be appreciated if their “critiques” were less generally nicey-nice. They should set high standards, so the performing teams realize how much more they need to do.

In particular, the gifted but now too laid-back Janno Gibbs needs to light a really hot fire under himself to again come up with the spirited and memorable performances we know he’s still capable of.