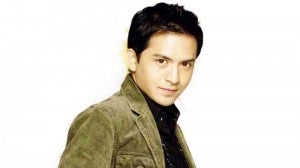 TRILLO. Unrelievedly grim depiction of his gay character is a bitter pill to swallow

Early this week, we caught the first three telecasts of the new drama series, “My Husband’s Lover,” to see how it would handle its potentially combustible theme of how a young wife copes with the shocking discovery that her handsome and virile husband has in fact been in an off-and-on gay relationship since his college days!

Tackling that “daring” theme on primetime TV, which is generally supposed to be “for general patronage,” could be quite a tinikling performance, with the production being “daring” now, and then quickly going back to “acceptable” mode—and absolutely no graphic baring and no really passionate scenes (no lips-to-lips kissing!) between two guys, because impressionable and vulnerable kids may be watching!

—It’s  such a dodgy, disorienting  balancing act, so fraught with real and feared no-no’s that one wonders why TV people would want to subject themselves and their viewers to it at all!

Well, rules are made to be tested and stretched, and some TV talents may feel that gayness in marriage is important enough a theme to attempt to dramatically “discuss,” even on a basically “GP” medium like television. Or, to be more “practical” about it, some TV people may want to “go controversial” because therein lies viewers’ curiosity—and profitably healthy ratings.

Indeed, after the show’s first telecast, GMA 7 made it a point to declare that the new series had become a “trending” success, with presumably strong viewership figures to show for it.

—Well, that’s the marketing and promotional side of it. Our own focus is on the quality of the work to date, to guide viewers who may be interested in the show, so here goes:

On the plus side, the theme is a significant one, so it does deserve discussion and dramatization. However, primetime TV has so many restrictions that the series feels stilted and awkward on the tube.

In addition, the production’s take on homosexual relationships is so standard and predictable that little is “learned” beyond confirmation of the key negative influence of parental dictates against “alternative” lifestyle and gender choice (Tom Rodriguez’s character’s dad absolutely hates gays).

To be sure, Dennis Trillo’s mom (Chanda Romero) doesn’t disapprove of his homosexuality, so that’s a balancing factor—but, the series in general (so far) is rather consistently grim in its depiction of gays’ prospects.

Even the other gays in the story are dourly and sourly down on their lifestyle, so most of the series’ scenes are a rather bitter pill to swallow for most everyone, viewers included. 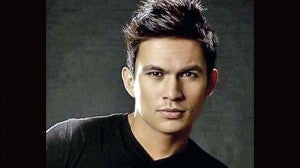 —Where’s the contrast and shifting context here? Don’t these unrelievedly anguished people ever get to smile and be happy now and then?

On point of performances, Trillo is a sensitive actor, but he looks too mature to play a college student in the drama’s flashback scenes.

For his part, Rodriguez looks good onscreen, but his portrayal to date lacks the depth and insight needed for him to empathetically illuminate the other, less than grim aspects to his character’s gay persona.

As for Carla Abellana, her character thus far is so clueless and feckless that she’s constantly being upstaged by her male costars—not a creatively dynamic state of affairs all around.

We sure hope she wises up real soon, and does something about her realization, so she can more fully contribute to the drama, to boost its plot and character development prospects and make it a less unrelievedly grim and downbeat viewing experience.

Leading question: Why are homosexuals also called gay? Could it possibly suggest that they can sometimes be—happy?