The four artists are expected to assist the OPM in promoting its activities.

“We’re trying our best to push original Filipino music forward, and we recognize the importance of reaching out to the youth. We want to build a strong connection with them,” OPM president Ogie Alcasid told Inquirer in a phone interview on Tuesday.

Alcasid added, “Many young people listen to a lot of foreign music, which isn’t bad, but we want them to identify with OPM, especially those of older artists.” He said the idea of junior ambassadors was broached to him by a Twitter follower.

The OPM head said he witnessed Padilla’s impact on the youth when he watched the teen star perform in the finals of this year’s Himig Handog songwriting tilt, where Alcasid sat as a judge.

Alcasid related: “I tweeted that I was happy to see that someone with many supporters like Daniel was singing OPM songs. One of his fans replied, ‘Why don’t you make him your ambassador?’”

He continued: “It was a great idea, so I consulted the OPM secretariat and the other officers. They were very receptive.”

Alcasid said the group likewise picked Yeng, Julie Anne and Abra, not only because of their big fan bases but also because of what they had accomplished in their still burgeoning careers. “We appreciate the fact that they willingly gave us their endorsement. We need their help,” Alcasid admitted.

Oldest at 24
Pop-rock artist Yeng, oldest of the four at 24, was described by Alcasid as a “true-blue musician with a heart for original compositions.” 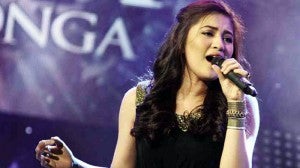 He said he was more than impressed with hip-hop artist Abra, whom he credited as a big factor in the recent resurgence of hip-hop. “He has successfully crossed over to the mainstream, attracting more people to listen to the genre,” Alcasid noted. 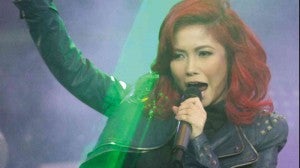 Abra, whose hit music video “Gayuma” has already reached more than 22 million hits on YouTube, said it was a huge privilege to be OPM ambassador. “I’m very happy I was chosen, especially at this time when OPM is taking off again,” he told Inquirer, also by phone.

Asked how he could help promote OPM, Abra said, “I’ll stick to my plan, make sure I come up with songs and music videos with topnotch presentation and lyricism.”

Abra said collaborations could also be a good way of boosting the industry. “With artists from different genres working together, divergence of fans will follow,” he explained.

But more than that, Abra said he could use his influence to spread the word that aspiring artists don’t need to be signed by a major record label to make it. “Kailangan mo lang ng diskarte … resourcefulness. There’s the Internet. There are so many possibilities, and we just have to maximize them,” said Abra, who has his own indie label called Artifice Records. 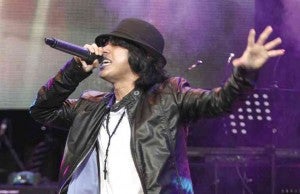 Alcasid said he was looking forward to sitting down with the four artists to listen to their thoughts on the industry. “We’d like them to be involved, as much as possible, and orient them about OPM’s advocacies—the way past presidents such as Celeste Legaspi and Jim Paredes taught me,” he said.

Daniel, Abra, Julie Anne and Yeng will be formally awarded the OPM junior ambassador title tomorrow at the Pagcor Grand Theater during the finals night of the [email protected] 3: The Search for the Next Total OPM Performer.