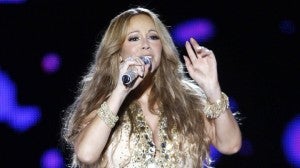 The pop star’s publicity firm, PMK BNC, tweeted Thursday that Carey isn’t returning to the Fox series and is planning a world tour thanks to the success of her new single, “Beautiful.”

Minaj, meanwhile, announced Thursday on Twitter that it is “time to focus on the music.”

Carey and Minaj became new judges on “Idol” last year along with Keith Urban. Both Minaj and Carey bickered on the show, creating a feud that was uncomfortable for both viewers and contestants.

Fox said in a statement that the network is “extremely fortunate that Carey was able to bring her wisdom and experience” to the show.

Fox and “Idol” producer FremantleMedia also said in a statement that they wish Minaj the best.

“Idol” veteran judge Randy Jackson announced ahead of the 12th season finale that he is also leaving the show.