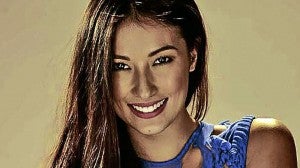 MANILA, Philippines—Actress model Solenn Heussaff on Tuesday disputed the Bureau of Internal Revenue’s allegations that she did not pay the correct tax last year.

Heussaff, accompanied by her lawyer Jose Layug, filed her counter-affidavit to the complaint filed by BIR last month.

Based on the complaint filed by the BIR with the Department of Justice, Heussaff earned P13.38 million in 2011 but investigation showed she only declared P6.73 million earnings from GMA Network, San Miguel Brewery Inc., Ginebra San Miguel, Penshoppe and Tape Inc.

The BIR said her tax liability was P3.6 million.

Heussaff’s underdeclaration is more than 30 percent and is proof of evidence, says the BIR.

In her counter-affidavit, Heussaff said she was denied due process when they were only given five days to submit documents to counter the BIR’s allegations.

Layug added that there also was no “probable cause” in filing a case against her.

The next hearing will be on June 19 where the BIR is required to submit a reply to Heussaff’s counter-affidavit.