Positive effect of Annabelle Rama’s losing bid on her family 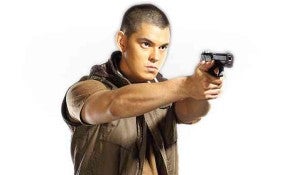 Actor Richard Gutierrez said campaigning for his mom, Annabelle Rama, who lost her bid to be the representative of Cebu City’s first district in the recent elections, brought their family closer.

“Everyone in the family got involved in the campaign. Its outcome was actually very positive for us (Rama lost to Raul del Mar). There were times before when we hardly saw each other because of work, but we really made time during the campaign,” Gutierrez told the Inquirer during the press conference for his action-drama series “Love and Lies” on GMA 7.

Gutierrez was happy that his family also got to interact with their  relatives in Cebu, his mother’s home province. “We were given the time to sit down and talk with the other Ramas, to actually have fun with them. We experienced the campaign together. We also got to be with the people of Cebu,” he said.

Gutierrez added that the family was happy that incumbent Cebu City Mayor Mike Rama, his uncle, was reelected.

In a message that Gutierrez’s mother posted on her Twitter account the day after the elections, she promised to continue helping the Cebuanos. “It’s not the end of my political career… I shall return. This does not signal the end of my support to Cebuanos. Serbisyo dili negosyo (service not business).”

Rama congratulated her opponent and asked him to “use your pork barrel wisely.” She also asked him to take care of poor Cebuanos, especially in the northern district.

Gutierrez said his mom seemed to be handling defeat quite well. “She’s doing good. Before the elections, she told us that she was ready for whatever outcome,” he said. “Politics is really a different game. We know we had a good, clean and strong campaign. It surprised us that even though her opponent wasn’t as visible, he still won. I think that, at times, it’s really about the money.”

However, Gutierrez said his mom felt it was useless to file a protest over the election results. “This will only give her more problems. Many electoral protests never got resolved,” he pointed out. “We did our best. It’s just that the result wasn’t what we wanted.”

He added, “Besides, my mom has a lot of work waiting for her here in Manila. We’re also planning a family trip. All of us will be taking a break. We’re just waiting for my dad’s (Eddie) soap series to end before we schedule the trip.” Gutierrez had finished his last sequences for “Love and Lies.”

In the coming episodes of the series, expect Gutierrez’s character Edward to discover more about what happened to his wife Cathy (Michelle Madrigal), whom he had rescued from kidnappers.

The series also features Bela Padilla, Sid Lucero, Paolo Contis, Lloyd Samartino and Lara Melissa de Leon, among others. It will air its final episode on May 31.