Single Review: 'Up In The Air' by 30 Seconds To Mars | Inquirer Entertainment

Single Review: ‘Up In The Air’ by 30 Seconds To Mars 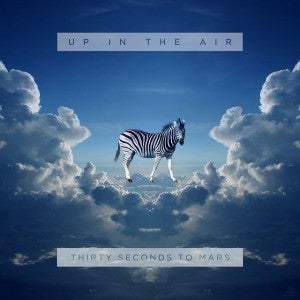 30 Seconds To Mars continues to explore and employ technological advances to diversify their sound and to keep  them from becoming too predictable. A perfect example of this is the futuristic and innovative “Up In The Air” which is the lead single from their latest studio-release entitled “Love, Lust, Faith + Dreams” which is now available in the market.

As we break down the audible parts of the single, we will hear various electronic beats, synthesizers, layers of guitar work, vocal tweaking throughout and other complimentary instruments as well that round up the listeners’ experience. But what is the underlying message of “Up In The Air”? It really differs on who listens to it and what conclusion he can make of it. For me, vocalist Jared Leto is letting his fans know that he is comfortable with where he is now artistically and he doesn’t mind anymore all the negativity thrown at him. In a way, he is learning to let  go of things that he can’t control and can’t correct. This is the meaning I got of the song after listening to it four times in a row.

When it comes to the music video which Jared Leto himself produced and directed, we see it full of images that represent deep emotions and various states of mind — all of which would get our brains working. The guy is almost like a “visionary” with regard to the conceptualization of “Up In The Air.” There is so much happening as we watch the music video unfold frame by frame that it keeps our attention glued to see what will happen next.

Jared Leto deserves credit for keeping things from getting stale and boring each time his band releases a new single such as this one. They really have given music aficionados a different listening experience altogether with all the changes they have incorporated in their music as shown here.

30 Seconds To Mars continues to not only defy and break expectations. Indeed, they have kept moving forward with their own artistic growth that they see fit. Some may find their latest offerings a bit too quirky, to put it mildly. And a few others simply can’t stand listening anymore to another song from them. But I honestly think they don’t make music for their detractors because sometimes these detractors don’t even know what the heck they are saying in the first place when it comes to critiquing the work of others. They just to love judge and point their fingers at everyone else except themselves. 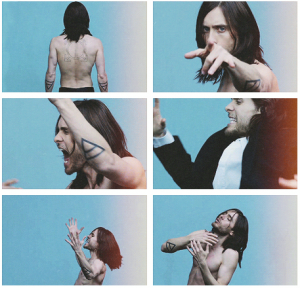 To prove a point on how bands like 30 Seconds To Mars can get such a mixed reaction, I did a bit of an impromptu social experiment yesterday. I just mentioned the band’s name to fellow music aficionados and waited to see what their immediate reactions would be. Two smirked and uttered their strong opinions that I can’t even say here. One was excited to know that 30 Seconds To Mars were still active and releasing records. Two others more gave mixed reactions citing essentially their own versions of the pros and cons of the band. However, none of them could say that the band hasn’t stop growing and making music for those who can appreciate what the band is all about. And that is about embracing change and not going against it.