Did you know: 9 a lucky number for Filipino films in Busan | Inquirer Entertainment
Close
menu
search

Did you know: 9 a lucky number for Filipino films in Busan 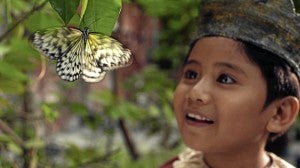 Nine is the Philippines’ lucky number in Busan. So far.

At press time, at least nine Filipino movies have been invited to this year’s Busan (South Korea) International Film Festival, to be held October 6 to 14.

It’s virtually a miniretrospective of Filipino indie filmmakers in one of the most high-profile cinema events in the region.

On top of the country’s Busan lineup is Loy Arcenas’ “Niño,” which will compete in the New Currents section.

“I got the official letter the other day,” Arcenas told Inquirer Entertainment on Wednesday. “It feels great. I’m thrilled.”

A New York-based theater director, Arcenas made his film debut with “Niño,” an entry in the seventh Cinemalaya indie film fest held at the Cultural Center of the Philippines (CCP) last month.

Arcenas said it felt like “graduation day” for him.

Said Robbie Tan, head of Cinemalaya’s production and monitoring committee: “We are elated for Loy who is one of the more promising filmmakers in the new breed.” 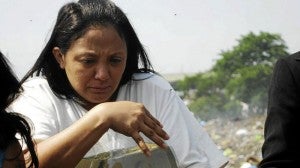 CHERRY Pie Picache in “Isda” (in the Windows on Asia section)

Suzette Ranillo, coproducer of “Amok,” said that the film is in the exhibition section of Busan, now on its 16th year.

Joji Alonso, coproducer of “Septic,” confirmed that the Cinemalaya Best Picture winner had been invited to Busan as well.

Along with “Isda,” Guillen’s first indie film, “Maskara,” was invited to Busan’s Windows on Asia section.

Apart from the new indie films, two vintage movies directed by National Artist Fernando Poe Jr. will be shown in the program on Asian Western Cinema. 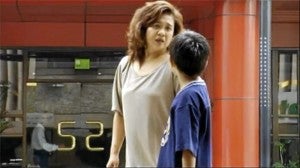 Mary Grace Poe-Llamanzares, FPJ’s daughter, told the Inquirer: “We thank the CCP and Busan for acknowledging and promoting the cultural and entertainment value of FPJ’s movies, which chronicle the daily struggles, aspirations and sentiments of Filipinos.”

She expressed the hope that, “through FPJ’s movies, foreigners will have a deeper understanding and appreciation of our culture and history and realize the evolution and achievements of Philippine cinema.”

“Satra” is the same script that earned Dayoc a spot in the Sundance Screenwriters’ Lab.

“It’s a wonderful feeling because it tells us that our project is moving forward. The ACF is a big help to us,” Dayoc said. 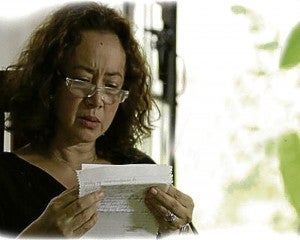 SHAMAINE Centenera-Buencamino in “Maskara” (in the Windows on Asia section)

“I’ve been working on this story for a long time,” said Diokno, a Venice winner for his debut “Engkwentro” in 2009. “ACF is among the first (groups) that I showed the story to, too. I was surprised and honored to get a little vote of confidence from Busan.”

ACF is Busan’s funding initiative that “aims to encourage creative, talented Asian filmmakers and help them to complete their projects.”

A Screen Daily report said that this year’s ACF sought to focus on the Philippines and Thailand, “two of the many countries in Asia with burgeoning and active communities of independent film producers and productions.”