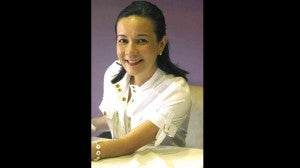 Like many other viewers, we watched more than our usual dose of television last May 13 and 14 to keep on top of the midterm polls, and to see which way the country’s electoral winds were blowing. How well did our broadcast people do their all-important job?

On the plus side, we were glad to see the likes of David Celdran return to the news and public affairs scene, after spending too much time chronicling and empathetically living the life of the rich and can-afford on “Executive Class.” We need his sense of focus and pertinence on local TV, so we hope that he will continue to be seen on ANC’s news and public affairs shows from here on in.

It was also a treat to witness some insightful analyses of electoral trends and developments—except that some channels featured the same “experts” for much too long.

On the down side, some channels compromised their entire poll coverage by their unenlightened choice of less-than-objective anchors, whose negative reputation preceded them. In addition, some popular veteran

anchors didn’t give the special coverage the added importance and rigorous “homework” that it required, and their excessively easy-breezy attitude and “motherhood” insights diminished the credibility of their channels’ coverage.

Some new reporters were also too raw for the weighty duties assigned to them. For instance, a young man probably chosen more for his looks than for his reportorial ability did less-than-proficient work—and looked like he knew it!

On the other hand, a veteran news person did proficient but distressingly phlegmatic work, making us realize that there’s a huge difference between coming across as thoughtful—and comatose!

There was also much too much emphasis on celebrity voters, to add color and “excitement” to the proceedings. And some interviewers asked such self-consciously long-winded questions that, at the end of the paragraphs they intoned, their guests had forgotten what they were about!

But, these are relatively small potatoes. Much more questionable was many channels’ decision to announce the results of the vote count much too early—at only 4,000 votes! —This, for a national contest that would eventually tally up more than 15 million votes! They should have waited for an hour longer, when the tally zoomed up to a much more indicative million votes.

In hindsight, the polls’ TV coverage generally also missed out on the early significance of the inspiring “stories” of eventual big, “upset” winners Grace Poe and Leni Robredo.

True, the print surveys also erred in this regard, but we would have thought that our more “dramatically”-versed TV people would have done better at presciently spotting and highlighting these inspirational victories—before they become too obvious to be ignored!

So, what’s the grade for the local TV coverage of the recent elections? It’s a “B” for “Do Better next time, why don’t you?”