Aga Muhlach vs Wimpy Fuentebella: Both claim victory in polls 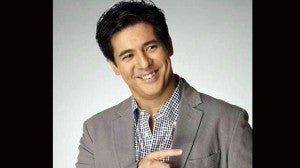 Actor-turned-politician Ariel “Aga” Muhlach, too, has a problem with the compact flash (CF) cards of the precinct count optical scan (PCOS) machines.

Citing CF cards that would not transmit votes, Muhlach on Wednesday asked the Commission on Elections (Comelec) to declare a failure of elections in several areas in Camarines Sur where he is losing his bid for the seat of the province’s fourth district in the House of Representatives.

His supporters staged a protest in front of the municipal hall in Tigaon town Wednesday, demanding his proclamation as winner of Monday’s congressional election.

Muhlach’s supporters said they did not believe the Comelec’s explanation that four polling precincts failed to transmit the election results due to problems with the ballot scanners.

As of 11 a.m. Wednesday, Muhlach, a candidate of the Liberal Party, was trailing his rival, former Rep. Felix William “Wimpy” Fuentebella of the Nationalist People’s Coalition (NPC) by 1,075 votes.

In his five-page petition, Muhlach asked the Comelec to set aside precinct results and declare a failure of elections because of corrupted CF cards.

Muhlach said there were several instances when the ballot scanners in areas like Tigaon, Canaman, Siruma and Sagnay failed to transmit results or rejected ballots.

Muhlach cited the report at a poll precinct in Tigaon, where at least 668 votes were not counted because the scanner’s CF card was corrupted.

Some election inspectors were also not able to print election returns, Muhlach said, adding that the inspectors tried to fix the ballot scanners to no avail.

Muhlach claimed that some ballot scanners were left unguarded, “compromising the sanctity and authenticity of votes.”

The actor claimed victory on Tuesday, but Fuentebella said on Wednesday that he was the one winning the election.

Fuentebella said he had polled 82,240 votes, while Muhlach had received 79,804 votes in the unofficial count.

“I don’t know where Aga is getting his numbers but I am leading in both the unofficial and official counts,” Fuentebella said in a statement.

Fuentebella said that as of 2 p.m. Wednesday he was leading Muhlach by 2,436 votes.

He gave the breakdown of municipal votes as follows:

Fuentebella said Muhlach should “relax and let the Comelec do its job.”

“It is the Comelec that counts the votes and proclaims the winners. It would be appreciated by the people of Camarines Sur if Aga would stop acting like he knows better than the Comelec,” he said.

“He has done enough acting in show biz, but this is politics where acting does little to contribute to the delivery of services to the people,” he added.

Fuentebella also accused Muhlach of violating the government’s campaign against credit grabbing by claiming credit for the distribution of cash from the Department of Social Welfare and Development’s conditional cash transfer program in the fourth district of Camarines Sur.

The Comelec on Wednesday also received petitions from Maguindanao gubernatorial candidate Tucao Mastura and vice gubernatorial running mate, Ali Midtimbang, for declaration of failure of elections in the province due to violence in Sultan Barongis, Odin Sinsuat, and Buluan. With a report from Sheena Barrameda, Inquirer Southern Luzon