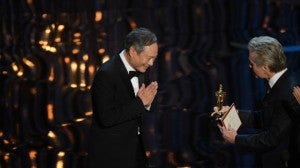 TAIPEI—Academy award-winning director Ang Lee says modesty and diligence have been the keys to his success in penetrating foreign cultures that were part of many of his most notable films.

Earlier this year, the Taiwanese filmmaker won his second best director Oscar for “Life of Pi.”

Lee said: “I have to read everything and watch everything” before directing films with distinctly non-Taiwanese or non-Chinese themes, like “Sense and Sensibility” and “Brokeback Mountain.”

“Taiwan is a very open society. It’s an island, so we have a lot of influences,” he said.

Still, he said, successfully penetrating the foreign backdrops that feature in many of his best films was often difficult.

Lee’s next project —an FX series entitled “Tyrant”—focuses on a contemporary American family caught up in the turbulence of the Middle East. AP