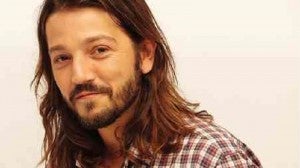 LOS ANGELES–“I don’t know why it hasn’t been told,” actor-director Diego Luna said of Cesar Chavez who, along with Filipino and Mexican migrant workers, organized the first successful farm workers union in American history. Diego grabbed the chance to tell the saga of the farm labor leader and civic rights activist in “Chavez,” which he directs and stars in, with Richard Peña in the title role.

“It’s quite a special and heroic story about a simple man,” enthused the actor, who is also in the cast of “Elysium,” Neill Blomkamp’s much-awaited action-drama-sci-fi. “For three years now, I’ve been working on the film.”

The good news, Diego said, was that his film would credit the Filipino farm workers’ significant contribution to the labor movement in the 1960s and 1970s. In our earlier interviews with Richard and Darion Basco (who plays Filipino-American farm labor leader Larry Itliong in “Chavez”), both likewise stressed that the Filipino farmers were being given their due in the film.

In 1965, Filipino farm workers led by Itliong, Philip Vera Cruz and Pete Velasco, among others, began a strike against California’s table grape growers to demand wages equal to the federal minimum wage. A week later, Chavez, along with Mexican workers, joined the strike that lasted for more than five years but resulted in a significant victory for farm workers.

Diego, charismatic in person and onscreen and memorable as an actor in such films as “Milk,” “Y Tu Mama Tambien” and “Rudo y Cursi,” remarked: “Part of the complexity of the movement is that they end up always saying, ‘Oh, it’s the Mexican-Americans.’ But no, in fact, it was the Filipinos who first went on strike. The Mexicans joined them. That’s probably a very important part of the film.”

He added, “I had a chance to talk about a community that hasn’t been represented in cinema, at least the way I believe it should be.”

“Darion Basco did an amazing job,” Diego said of the actor who comes from a family of thespians. “I think you’re going to be pleased when you see him.” The entire Basco brood is featured in various roles in the film. Diego expressed his gratitude to the family for participating in his film. During post-production, actor Bernardo Bernardo was called in to translate, dub and supervise voice acting of the Filipino characters in the strike and crowd scenes.

“Chavez,” written by Keir Pearson, is Diego’s second effort at directing a feature film, but the first one where English is the primary language. The film, which also stars Rosario Dawson, Gabriel Mann and America Ferrera, is produced by Diego, his best friend and fellow actor Gael Garcia Bernal, John Malkovich, and a host of others.

“I am excited because the United States needs a film like this,” Diego enthused. “With the elections, we realize how important the Latino vote is. To understand the country, you need to understand the journey of Mexican-Americans and the farm workers. It’s a film that hopefully will make people start thinking about where the food comes from. What needs to happen for a guacamole or ceviche to be here? We eat it and say, ‘Oh, we’re so blessed.’” 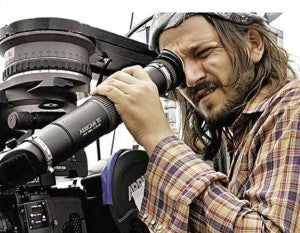 DIEGO behind the camera. He says directing is the best way to follow up on a reflection. FILE PHOTO

Diego explained, “But behind the food, there’s a lot of work and hard conditions. When I choose to have something, this something comes from somewhere. I should know what it means for this thing to be here. I believe that was something the movement did when they asked America to stop eating table grapes from California. The country reacted and they basically boycotted the biggest industry in California. That was amazing. It tells you about the power that people have in their hands. Not many people acknowledge that. It’s important that we do, in order to change gears and directions because otherwise, we’ll end up living in Elysium pretty soon.”

He was referring to his 2159-set film in which the rich live in an orbital space station called Elysium, while the rest of the masses suffer down below on withered Earth. Matt Damon stars as an Earth resident who gets irradiated and must break into Elysium to access the station’s medical facilities.

An activist, Diego said his father raised him to question everything. “My friends sometimes hate that,” he continued with a smile. “I learn to be a critic about everything. Try to understand everything around you because on that journey, you can become someone and choose who you want to be by understanding others. But the amazing thing about being on this journey is that I found, back when I was still very little, what I wanted to do. I didn’t waste any time. I was able to work with the people I admired, travel because of  my work, go back and do theater in Mexico, have a company to produce, act and direct for.”

It was no surprise then to hear Diego admit, “I’m obsessed with directing now. I love it more than anything else. I’m enjoying the journey so much.”

But folks who admire Diego as an actor shouldn’t worry. He declared, “The good thing is, I never have to stop being an actor. I can act for the rest of my life. Many have done that. I started acting when I was 6. I’ve been doing it for quite a while. As an actor, you’re always a tool for someone else’s point of view. One day, I realized I wanted to say something. You cannot be an actor and try to say it because then you become a pain in the ass—you’re one of those actors who are trying to direct and that’s very dangerous.

“I always imagined myself directing. I started producing in the beginning. I did a documentary (‘J.C. Chávez’) about a Mexican boxer and his relation with politics. Then I did my first film (‘Abel’) and I did this one (‘Elysium’). I am going to act every time there’s a great director like Neill who invites me to an interesting project. That means a risk for me but the journey of directing is so intense and profound. There’s so much learning in the process. It’s so personal, that I wouldn’t change it for anything. As soon as I started to think about the idea, I reflected on where I was and what I wanted to change. I realized directing was the right way to follow up on that reflection.”

Diego and his wife, model-actress Camila Sodi, were recently in the news when they announced their breakup after five years of marriage. They have two children, Jeronimo, 4, and Fiona, 2. Asked where his personal Elysium is, Diego replied, “The good thing about my Elysium is that I don’t have to do what Matt Damon’s character has to do. I get free entry. It’s an open house for me– my family, my two lovely kids. Whenever I am with them, life changes; time stops. What’s important is not important anymore. When you think something matters so much, in fact, it doesn’t. It’s about being able to share with them, listen to them, enjoy life with them and discover the world with them.”

Diego grinned when he said that as a result of hanging out with his kids, he “recently became a fan of animated films. It’s such an amazing ride as a parent to discover cinema with your kids. I guess that is my Elysium.”

On wearing his hair long these days (he can play Jesus), Diego said: “This is as long as my hair has ever been but I promised not to cut it until I show ‘Chavez’ to an audience.” Laughing, he quipped, “I hope it doesn’t grow so much longer!”

(Email the columnist at rvnepales