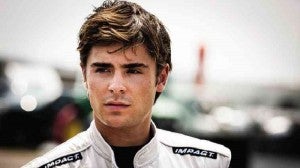 The title of the current film, “At Any Price,” hints of noble and courageous purpose—like “don’t give up and compromise your worthy mission—at any price.” After viewing the drama, however, we realize that the title has a decidedly ironic relevance—more like “no price is too high to pay to keep a family together, even if it means completely subverting its principles and making its members live a terrible lie!”

That grim twist happens without the film’s resident family willing or wanting it. At film’s start, Dennis Quaid’s family is God-fearing, attends Sunday services religiously, and runs an old farm and farm supplies business that are respected in their Midwest community.

In addition, his son (Zac Efron) is a champion car racer who has a good chance of being tapped to join a professional racing team, with all of the perks that it entails.

However, cracks in the veneer begin to appear, like the revelation that Quaid’s older son has switched off and gone to climb a mountain in Argentina. If life’s so good, why did he lose heart?

Other revelations soon follow to expose the family’s corroded heart and soul: Quaid keeps a girlfriend on the side, whom he’s shown casually banging, and his business dealings are less than true-blue. He’s also revealed to be a less-than-loyal friend, leaving a longtime buddy in the lurch.

As for Efron’s character, he’s so focused on himself that he’s no good to anybody else.

As these cynical developments present themselves, our heart goes out to Quaid’s wife, who is blind to his sins and stays by his side to the bitter end.

The film’s most tragic and revelatory development comes when Efron commits a violent crime—that his father helps him cover up!

At first, this would seem to be a loving parent’s reflex action to protect his son, who didn’t mean to commit the crime. Later, however, the secret stinks to high heavens and Quaid’s support becomes much less praise-worthy.

To hammer the final nail into the corroded and corrupted family’s shared coffin, the mother also ends up agreeing to the coverup!

It’s at this crucial point that “At Any Price” becomes, not just a small story about a troubled Midwestern family, but a veritable modern Shakespearean tragedy, the horror of which sends shock waves that reverberate throughout its very heart and soul.

It’s a compelling and instructive escalation that reveals the emergence of a major filmmaking talent in director Ramin Bahrani. His film is a cautionary warning to all families to love one another—but, not to the extent of subverting that love by living a horrific lie.