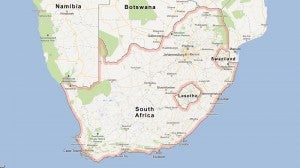 The Independent Communications Authority (ICASA) ruled that “there is no law of general application prohibiting the production and distribution of adult content” by TopTV.

The three channels, “Playboy TV,” “Desire TV” and “Private Spice” will be broadcast between 8 p.m. and 5 a.m.

According to the watchdog, objections were brought by several groups “based on moral grounds, rather than a research evidence to demonstrate some of the conclusive remarks linking pornography and gender-based violence.”

The channels were meant to go on air early last year, but the move was blocked by the Johannesburg High Court, which referred the case to the regulator.

ICASA initially dismissed the application, arguing that adult content would infringe on women’s right to dignity.

The station was launched in 2010 to rival the country’s first subscription service channel DSTV.