Single Review: ‘Still Into You’ by Paramore 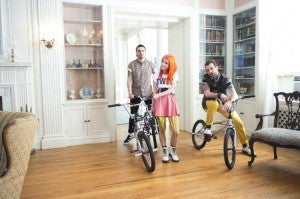 MANILA, Philippines—Paramore’s second single from their 2013 self-titled studio album, “Still Into You,” is probably the most pop-driven and bubbly-mood sound that I have heard the band. It still follows the same sonic-template set by the lead single “Now”. One of the first thoughts that entered my mind after listening to “Still Into You” was: “This doesn’t sound like a Paramore track at all if it were not for the brilliant vocals of Hayley Williams.”  But that is what seems to be the theme in their latest effort—change.

Overall, most of the tracks seem to be moving Paramore further and further away from the sound that their long-time fans are accustomed to. Instead, they have incorporated an array of musical influences from New-Wave, Pop-Rock, Electronic music and so on. Thus, the band forays into rather unfamiliar territory which they are more than ready for. This transitional phase Paramore has entered may not go as deep as rediscovering themselves but more on adapting with the times which move ensures they would have new fans in the process. Paramore isn’t the only band that has made drastic creative changes in order to stay relevant and marketable. But they sure are one of the latest to follow this trend.

I can’t recall a time when the usage of synthesizers has been heavily incorporated into Paramore tracks such as in “Still Into You”. Here, the instrumentation has taken a back seat and the people behind the boards have taken charge which makes the production glaringly obvious with all the swirling synths, crisp guitar lines and all. 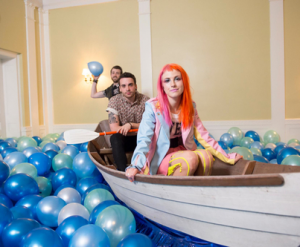 While some fans may be upset with the choice of instrumentation displayed or the lack of more actual instrumentation, at least, the vocal strengths of Hayley Williams still show. However, there are moments wherein “Still Into You” sounds like a “juiced-up” version of “The Only Exception” with a faster tempo. Whether Paramore fans want to accept it or not, the departure of the Farro brothers has really affected the band’s creative direction and who knows if this was really where the band was headed musically if the Farro brothers didn’t leave the band?

“Still Into You” is really directed to their youngest fans with its happy-go-lucky lyrics that are as cheerful as they can get and somewhat disarming in their simplicity, too. But really, there is nothing more to it than that. This is not their best work but it is definitely an improvement over their lead single.