Marian Rivera may just be in network transition 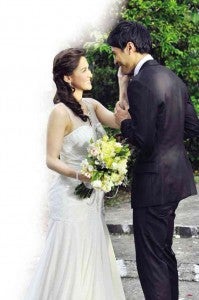 GMA 7 star Marian Rivera, rumored to be transferring to rival network ABS-CBN, is “in the process of negotiating” her Kapuso contract, which will expire in August, said a source close to the actress.

“Since other networks also know [about the contract], it’s natural for them to send feelers. However, this doesn’t mean Marian is definitely leaving GMA 7. She’s still exploring her options,” the source told the Philippine Daily Inquirer on Friday.

The source pointed out that Marian’s talent manager, Popoy Caritativo, is “friends” with TV5 executives. “Let’s not discount the possibility that Marian and Popoy are talking with them, too,” the source stressed. “The rumor of Marian transferring to ABS-CBN could have stemmed from the fact that she is working with Ai-Ai (de las Alas, a top Kapamilya actress) in a movie.”

The source was referring to the fantasy-comedy film “Kung Fu Divas,” which the two actresses are coproducing with its director, Onat Diaz.

The film is being made by the same production team that created “Tiktik: The Aswang Chronicles,” which Marian’s boyfriend, Dingdong Dantes, produced and starred in.

“A lot can still happen between now and August,” the source added. “Although GMA 7 fulfilled its end in the contract with Marian, people around her feel the network could have done better.”’

Marian’s last project with GMA 7 was the prime time series “Temptation of Wife,” which aired its last episode April 5. Her romantic comedy film with Richard Gutierrez, “My Lady Boss,” produced by GMA Films, was originally scheduled for showing on Valentine’s Day, but has yet to be released in local theaters.