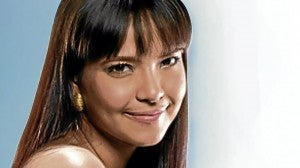 “Once again, Filipino artistry in film shone brightly in this festival.  With these honors, we have uplifted the profile of the Filipino community here in Malaysia and in the entire Asean.  I extend to them my warmest congratulations,” Philippine Ambassador to Malaysia J. Eduardo Malaya said in the statement.

“Here in Malaysia, the Philippines and Filipino actors are well-admired because of their talent and charisma.  Malaysian channels have bought rights to and screen Filipino soap operas here, which are actively watched and enjoyed by audiences here.  In fact, some Filipino actors enjoy a huge following in this country,” he said.

Philippines and Malaysia both won four awards in the festival while Indonesia won three and Singapore won one.

Filipino personalities participated in the film festival such as actor Ricky Davao, who was part of the jury, and Jericho Rosales who was nominated for Best Actor award for his role in the film “Alagwa.”

“Filipinos also played vital roles during the awards ceremonies, with actors Alfred Vargas and Dominic Roco presenting the awards and Miss Saigon star Ima Castro performing in one of the intermission numbers,” the DFA said.

“A student’s short film, Juan Paulo Reyes’ ‘Ode to Home,’ was also screened during the festival,” it said.

The Philippine delegation was led by cinematographer Rain Yamson II.