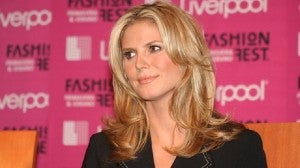 LOS ANGELES – Supermodel Heidi Klum plunged into the ocean to save her seven-year-old son from drowning during their vacation in Hawaii, US media reported Monday.

The German model, also well-known for her reality television show “Project Runway,” said her son, Henry, and two nannies were swept away by a big wave on the beach in Oahu on March 31.

“Of course, as a mother, I was very scared for my child and everyone else in the water,” she told US Weekly magazine in an exclusive statement.

“Henry is a strong swimmer and was able to swim back to land. We were able to get everyone out safely.”

Her bodyguard boyfriend also helped save the three.