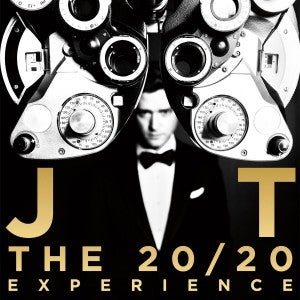 Justin Timberlake’s third solo album has not only defied the expectations of most music lovers and music critics alike—it has also become one of the fastest selling albums in the last several years. And we are talking about actual physical hard copies of the album, and not only digital sales.

Justin’s long awaited return to making music is much needed and, indeed, something that pop music has been waiting for. There is something undoubtedly special about this album, and while in the past I only got to review the single “Suit and Tie” featuring Jay-Z, I wasn’t that impressed with it as I felt Justin could have done so much better. But it was only after I actually got to listen to all the other tracks that I realized that it wasn’t even the best single of the album, not even close.

There are other tracks more worthy to have been the lead single, in my opinion. In fact, it is almost that all the other tracks are also potentially worthy of being treated as a single and not mere fillers. But the question is, which one should be the next single? You already have “Mirrors” as the second single but there are other tracks that are even far better that the first two singles. As I continue to listen to the songs, I can only hope they choose the right one. 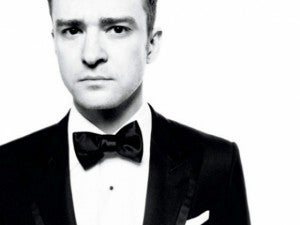 This is the time for Justin Timberlake to take his game to a higher level and what better time than now because lately, you have the same song structures, the same songwriters/hit makers supplying most of the songs for a majority of the current pop stars, and it does feel and sound like it is the same songs we are hearing over and over again with just different faces singing and slight variations to them. Pop music has become so glossy and dolled up that it doesn’t even sound like real music anymore but only songs meant to get radio airplay and to be included in numerous charts. Something is missing and Justin Timberlake’s presence is one of those things that pop music needs to not only shape things up, but to remind others as well what it really takes to make a good pop record. In this case, it is more than just any other pop record. It is much more than that!

Track. 1 “Pusher Love Girl”—The opening track with its orchestral intro to its lively chorus makes this an attention grabbing opener to the album. This would set the expectation of the listener to what the rest of the album would sound like. While this isn’t the highlight of the entire album, it does whet the taste buds of the listeners just a little bit. This is also a perfect example of the solid sequencing of the tracks (here) as it doesn’t feel like they were just randomly selected for no clear reason.

Track. 5 “Tunnel Vision”—Producer/artist Timbaland left his thumb print and seal of approval all over this track. The setting is in mid-tempo where we hear Justin Timberlake utilize his falsetto the most than in any other track of the album. There is also richness in the vocals here that I didn’t notice in the other tracks. Timbaland may have supplied the beat but Justin Timberlake definitely carried the track with his distinct and signature style of vocals. i.e., his falsetto. Production wise, if you enjoyed the collaboration of Justin Timberlake and Timbaland in the past, then this track is for you. 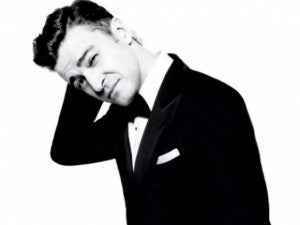 Track. 6 “Spaceship Coupe”—A hidden gem here. This is my vote to become the third single of the album. Justin Timberlake lets his imagination run wild in this track with lyrics that fit exactly what the title suggests. Seldom does a song befit the lyrics so well that the listener does begin to realize how creative Justin Timberlake is with his choice of lines and wordplay. There is also a very cool guitar solo here. “Spaceship Coupe” is a safe bet which will soon receive adequate radio airplay in the coming months.

Track. 7 “That Girl”—A solid album track because of its Motown influences clearly showing how far back Justin Timberlake’s appreciation for music has taken him. This is where Justin explores what kind of sound he wants to go with and incorporate for this particular track. Justin, instead of experimenting on more trending styles/genres of music, took the opposite direction—and perhaps, the safer route—and that is, to not only borrow elements from the glory days of Motown past but more importantly, to pay homage to these artists who have influenced him.

Track. 8 “Let the Groove Get In”—A tribal intro with its pulsating pulse. Justin Timberlake has the catchiest hook here in the entire album with “Are you comfortable, right there, right there, Let The Groove Get In, feel it right there”. You have the cowbells, horns, and various percussions all beautifully layered together. Justin Timberlake not only diversifies, genre wise, his album because of this track but he also manages to make World Music sound so much like contemporary pop. The length of the track reaches a whopping 7 minutes and 12 seconds. It may seem too long for standard radio airplay but it doesn’t feel like it was stretched out at all if you listen to it. This is one track that I would certainly hope will get radio airplay in its entirety. It is that awesome!

Track. 9 “Mirrors”—A catchy track that fits perfectly in the sequencing of the album. Justin really has set the tone of the album by spreading out the strenghts and stand-outs of the album. In a way, he knows what the listeners are expecting to hear and what they are tired of hearing. When you hear Justin Timberlake singing “Cause I don’t wanna lose you now / I’m lookin’ right at the other half of me / The vacancy that sat in my heart / Is a space that now you hold”… that, right there, is a well-crafted and delectable melody combined with the string section, hand-clapping samples, and backing vocals which make this track another superb partnership of producer Timbaland and artist Justin Timberlake. It seems to me that when you have these two artists working together, they often get to create inventive tracks that only prove how well they work together. It as if to say their brain waves match and they can read each other’s next step when making a record together. 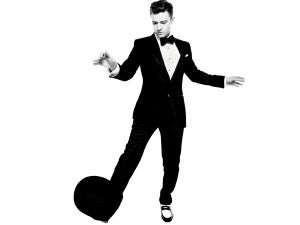 Track 10. “Blue Ocean Floor” – The unclassifiable splendor of “Blue Ocean Floor” will only leave questions in the mind of listeners as to what musical direction Justin will take for the next album if this will serve as a hint as to what his next album may sound like. Diverse elements and musical influences are heavy in this track and there is no definite way to pinpoint which exactly among the myriad of genres is best represented here. This is a complex and eclectic track that stretches even more the imagination of the listener.

Justin Timberlake has just made a giant leap forward artistically here. A crucial step that was bound to happen sooner than later. The impression I get is that he is no longer really concerned how many Number 1 hits he would get but rather, he is more interested now in expressing his creative freedom. When you think of it, he has already achieved so much in his career and that could be one of the reasons why he now chooses put his guard down. It doesn’t feel like these songs were made for him but instead he made it for himself to fit and match the current state of his relationship with Jessica Biel.

After listening to the entire album a couple of times, I sensed that Justin is now entering a very critical phase of his career as an artist. “The 20/20 Experience” will be one of those Pop albums—8 to 10 years from now—that will be listened to still by even the staunchest of Pop fans and will be used as a basis for many soon-to-be Pop stars from which to draw their musical influences.

The craftsmanship in most of the tracks in this album is highly commendable and praiseworthy. Now, I know why it also took so long for Justin Timberlake to release a new follow-up album. It wasn’t only because he got married to Jessica Biel and focused more on acting but maybe, he was waiting for the right time to release an album when he knew he was truly ready. And let me tell you, there are moments here of pure genius, and that is a word that usually isn’t connected to Justin Timberlake before when he was still in a boy band. But it shows here and for me, even though this is his third solo album already, this is truly artistically and creatively the definitive Justin Timberlake album.

We can consider this as a new beginning of sorts for Justin Timberlake and not just a comeback album after a lengthy break from making music. A must-buy album and worth keeping in your collection among the other greats in music because I predict Justin Timberlake will, one day, be considered one of the greats of pop music history !