Daniel Padilla still dreams of being a rock star 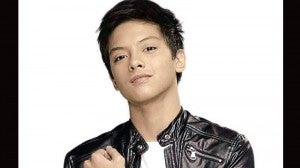 Before venturing into acting and becoming the fan-girl magnet that he is right now, Daniel Padilla dreamed of becoming a rock star.

And for the past two years or so, he has been playing bass for a band called Parking 5, composed of his brother JC on lead vocals and three of his closest friends on guitars and drums.

Daniel is slated to hold a solo birthday concert on April 30 at the Smart Araneta Coliseum.

“We’re (Parking 5) into alternative rock and we cover songs by Guns N’ Roses, Oasis, Led Zeppelin, The Killers and a lot more,” Daniel told the Inquirer recently. “Right now we play in studios or in our homes. We don’t have regular gigs yet, but I hope we land some in the near future.”

But though he’d like to play music as often as he can, Daniel’s busy schedule allows him to do only a few casual jamming sessions here and there. That’s why he readily grabs projects that involve music, such as his recent stint as a song interpreter in the recently concluded Himig Handog songwriting competition.

Before a sea of screaming teens during the tilt’s grand finals earlier this year, Daniel performed composer Jungee Marcelo’s “Nasa Iyo na ang Lahat.” It didn’t make the top five, but the song won various audience choice awards. “It was a great experience and I had fun. I want to do more of that,” Daniel said with an air and tone reminiscent of his uncle Robin’s.

He admitted being very much pressured this early for his birthday concert—not for fear of not filling up the venue, but because he’ll be carrying a show on his own.

“I’ll be doing some hits from The Beatles and other rock songs from the 1960s and ’70s,” he said. “I’m not nervous about the turnout. You can’t control that. Kung wala, eh ’di wala. Being paranoid won’t change a thing.”

While his singing can be sufficiently good and his tone easily recognizable, Daniel doesn’t believe he’s cut out to be a soloist.

Not for his diehard fans, though. His  self-titled debut album,  which includes six covers, reached platinum status (20,000 copies sold) less than three months after Star Records released it in May last year.

Asked if a follow-up is in the works, Daniel confirmed plans for a new record. “It would be better, though if I can do it with my band,” he said.

Although music is his first passion, the 17-year-old son of Rommel Padilla and Karla Estrada is practical enough to know that he can’t just leave the fame and success that acting has brought him, just to chase his rock-star aspirations.

“I’m just focused on working hard and taking advantage of all the blessings coming in right now, because I might not get the same opportunities when I leave acting,” he said. “But I’ll pursue a music career with my band when the time is right.”

After his TV series on ABS-CBN, “Princess and I,” ended in February, Daniel appeared in “Must Be Love”—his first starring movie along with on- and off-screen sweetheart Kathryn Bernardo.

“I was excited to finally have my own movie. I may lose my career now, but at least I can say that people have seen me on the silver screen,” he said.

But some say fame has gotten into his head, and that he has been snubbing fans. “I was just probably rushing to another engagement. My real fans understand that. I’m not crazy. I won’t do that on purpose,” he said. “Mukha lang akong maangas (I just look cocky), but I’m really not.”

He continued: “I can’t possibly please or accommodate everyone and I hope they understand. We work not only for ourselves; we work to make the fans happy. And I wouldn’t be where I am right now if it weren’t for them.”

While some think that celebs like him lead glamorous, stress-free lives, Daniel said this couldn’t be further from the truth. “Being in show biz is not all fun and games. I rarely have the time to actually do what I want to do. I’m lucky to have three hours of sleep,” he explained. “But these are the sacrifices I have to make.”

Even so, Daniel chooses to be thankful. Asked how he intended to maintain his current status in the biz, he replied: “I’ll just do what I have to do and give my best.”