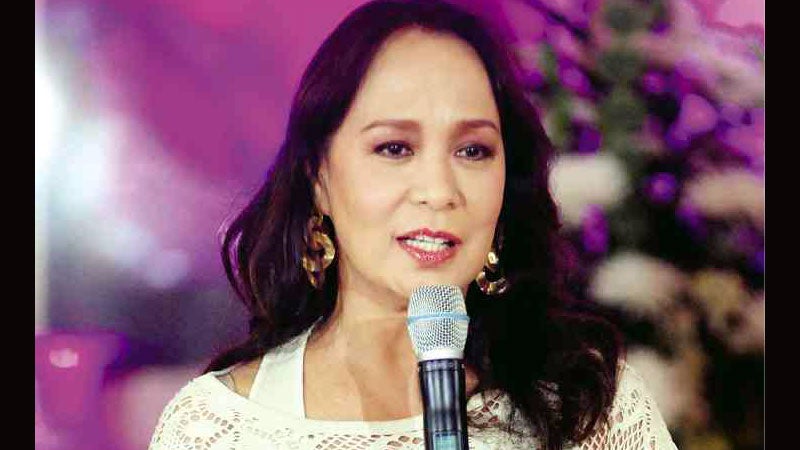 “I feel very spirited having you here. I’m very, very proud of you,” said Binibining Pilipinas director and organizer Stella Marquez-Araneta, addressing around 40 beauty queens who celebrated the pageant’s 50th edition via a “tea party” held at the “Bahay na Puti” residence in Quezon City on Friday afternoon.

It was the first time that the Binibining Pilipinas Charities Inc. (BPCI) threw a such a gathering for its glamorous alumni.

“She’s (Araneta) the reason we’re all here,” Miriam Quiambao, 1999 Miss Universe first runner-up, told Inquirer Entertainment. “I haven’t seen her in a while.”

Actress and 1993 Miss World second runner-up Ruffa Gutierrez became quite emotional. She said: “Right when I saw [Araneta] she hugged me really tight and said, ‘You abandoned me for several years. I’m so happy you’re back. I was your ninang pa naman (a principal sponsor at her wedding).’”

The pageant’s first international winner, 1969 Miss Universe Gloria Diaz, remarked: “All the girls (beauty queens) have somehow made names for themselves. And they have all remained beautiful, at least as I see them now. They’re all outstanding.”

“I was surprised because this was not something that usually happens—not even annually,” enthused 1985 Binibining Pilipinas-Universe Joyce Ann Burton-Titular. “To get all the queens together is really very special; it’s priceless.”

“This is a first time, so everybody is excited,” Quigaman quipped. “Usually the queens see each other only on coronation nights.”

Quigaman, who joined the pageant twice before bagging a title, said, “For 50 years, Binibining Pilipinas has given hope that the ladies’ dreams will come

true, and also helps to make it happen.”

She added: “Being part of the Binibining Pilipinas circle is a different experience. All of the candidates will tell you that it is a part of their lives that they will never forget.”

Quiambao said that, apart from helping women achieve their dreams and opening doors for them, the pageant provides “a platform for women to showcase their beauty and also for them to contribute meaningfully to society and make a difference. I’ve used [my title] for the glory of God.”

Titular explained: “The brand, the name, is very powerful. I think the name (Binibining Pilipinas) is one of the best legacies this team can offer.”

The reunited queens also met the “golden batch,” composed of 50 aspirants who will compete on April 14 at the Smart Araneta Coliseum in Quezon City. ABS-CBN will telecast the ceremonies live.