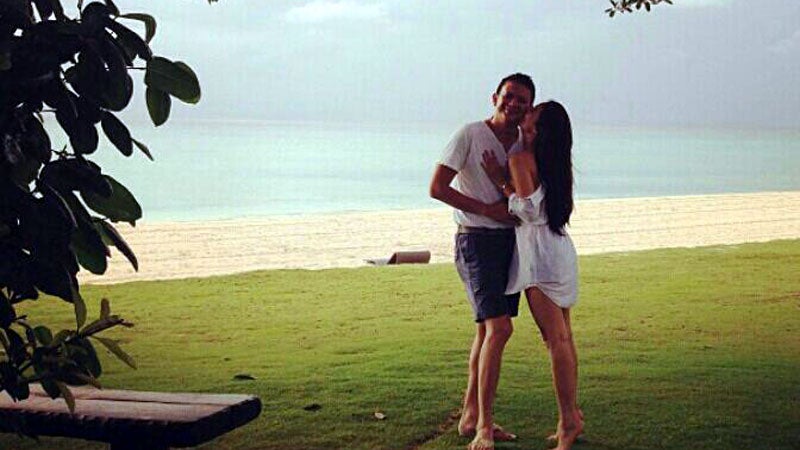 The ongoing real-life ‘telenovela’ story of Senator Francis Escudero and Heart Evangelista is put to test by alleged misunderstandings between the actress and her own parents, who reportedly didn’t like Escudero’s attitude toward them. FACEBOOK photo

MANILA, Philippines—A painfully hesitant Sen. Francis Escudero refused to make a categorical comment on his relationship with actress Heart Evangelista after INQUIRER columnist Ramon Tulfo said in his recent “On Target” piece that her parents frown on the senator’s alleged uncouth (bastos) behavior.

Instead, the reelectionist senator hinted that things are not well between Evangelista and her parents and that he could be the collateral damage in their adverse dynamics.

“Sapat na siguro na sabihin ko muna ngayon na, bagaman, ako ay medyo nadadamay, hangga’t maari, ayaw kung maghimasok sa hindi pagkaka-unawaan sa pagitan ng isang anak at kanyang mga magulang (It is enough to say at this time, that, even though I am slightly involved, as much as possible, I don’t want to meddle in the misunderstandings between parents and their daughter),” Escudero said in a text message.

Reporters covering the Senate asked for Escudero’s reaction to Tulfo’s allegation quoting a family friend that Evangelista’s parents find him disrespectful and that he is allegedly encouraging (sinusulsulan) Evangelista to go against her parents.

Escudero said he and others concerned need not intervene (di panghimasukan) in Evangelista and her parents’ issues so as not to aggravate matters.

While he confirmed that his girlfriend and her parents have “misunderstandings,” the senator said that his name was just being dragged into it.

“Sana ay hindi ito panghimasukan ng iba upang sa gayon ay manatili ang puwang na magkaunawaan sila (I hope other parties won’t meddle in the issue so that the space for understanding between them would stay open),” he added.