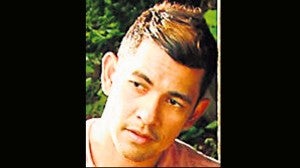 VALENCIANO. His latest album is a compilation of movie and TV theme songs.

It’s easier for pop recording artists to get DJs to play their singles on the radio if they sing covers—unless they come across original tunes that are as catchy as, say, Aiza Seguerra’s “Pagdating ng Panahon,” Bituin Escalante’s “Kung Ako Na Lang Sana,” or Bugoy’s “Paano Na Kaya.” But, while a number of remakes become hits due to instant recall, more often than not, they sound like inferior or lazy knock-offs.

For his part, Gary Valenciano has racked up more than two decades’ worth of performances and interpretive skills that keep him from falling into a predictable rut—as he persuasively demonstrates in his latest compilation, “With Love.”

A number of songs in the album aren’t necessarily better than their original versions, but at least they’re sleekly produced and earnestly sung: “Minsan Lang Kitang Iibigin” and “Kailangan Kita” are notable—the former is perceptively rendered and exquisitely phrased, while the latter captures Gary at his emotive best.

He also effectively conveys the inherent drama of Chiqui Pineda’s “How Did You Know?” without getting overly schmaltzy. And, the lovingly sung ballad, “Ikaw Lamang,” is guaranteed to sweep hopeless romantics off their feet.

The album features covers of popular tunes like Rey Valera’s “Tayong Dalawa,” Randy Crawford’s “One Hello,” Don Mclean’s “And I Love You So,” and Gary’s classic ballad, “Sana Maulit Muli.”

Unfortunately, technical sleekness has its downside: In Rey Valera’s “Kung Tayo’y Magkakalayo,” for example, too much tweaking and rephrasing weaken the melodic flow and emotional spontaneity.

Juris also sings a serviceable cover of Regine Velasquez’s “Sabihin Mo Lang.” But, reviving a formidable performer’s song is tricky: If you don’t bring anything new to it, you’re bound to sound inferior and “insufficient.”

But, the album does have gems, particularly the hit-bound “Kahit ’Di Mo Sabihin”; the leisurely jazz-pop ditty, “Dreaming Away”;  “If You and Me,” and the upbeat “Not Like You,” in which Juris takes a confrontational stand against the cynics and “negas” in our midst: “You keep pushing people down/ Calling someone fake won’t make you real/ Calling someone ugly won’t make you pretty…”