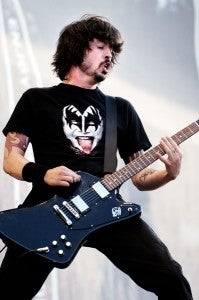 Band break ups are tough – probably, one of the hardest challenges/trials to go through especially if you had a long term plan and trying to make a career out of it. However, when a band breaks up or loses its key members, does it immediately mean that the remaining members have no chance of still making it on their own or of branching out to form their new respective bands?

No. More often than not, from the ashes of a band can rise a whole new band altogether who achieve even greater success. We have seen this happen numerous times in the last three decades.

What more if the previous band was – and is still – considered to be one of the greatest bands of all time. Case in point and one of the most obvious examples of such a band was Nirvana after their lead singer took his own life. Nirvana drummer Dave Grohl, left in a lurch with the most sudden turn of events, picked up from the shambles left behind by Kurt Cobain’s death.

Dave Grohl made a crucial and life changing decision that not a lot of people can make without repercussions and possible backlash from longtime fans of the band he was formerly a part of that he was going to form a new band of his own. It all started with rumors. Then, it became factual news and was backed up by interviews done with him in music channels like MTV and interviews in magazines like Rolling Stone. All of these documented his own rise and claim to fame as a lead singer.

A ton of interviews was done with Dave Grohl when he was starting to promote his own band called Foo Fighters. Some fans of Nirvana couldn’t accept the fact that he had moved on to make music with a different crew of musicians, except for one notable member Pat Smear, who was like the unofficial fourth member of Nirvana and was their touring guitarist occasionally.

Everyone else was a new face and this fact essentially was a new begining for Dave. After all, this was about the music. But it didn’t mean he forgot about the significant chapter of his life with Nirvana. Just watch his later interviews in the early 2000’s and even a few from the last few years when he was asked about Nirvana. He would recall with fondness the time he had with them. He just had to get on with his life and not be haunted by the past.

I remember in one of those early interviews done with Dave when the reporter asked him what Kurt would think about him forming his own band ? He had replied, “Kurt would have wanted it.”  As for me, how Dave handled what could have been a “double-edged” question with straight forwardness and calmness really showed he not only knew what he was doing, it also showed how much he respected Kurt.

When Dave Grohl joined Nirvana, it wasn’t his first band. In fact, it was far from it. But to most of us, it seemed to be his first band and their original drummer. But he wasn’t. He just happened to be their most popular drummer since the formation of Nirvana and he was there when they became a global phenomenon that they were once.

In Nirvana, Dave found his greatest success. So, naturally, it was that time he had with Nirvana that remains most memorable to fans and listeners. I think all band members at one point have their fill of joining one band to the next, until they find that band that not only fulfills their creativity but also feeds that burning desire of making music with the right kind of bandmates – just as Dave Grohl found that with Krist Novoselic and Kurt Kobain of Nirvana. In my book, they are the greatest rock trio ever. Now, he shares that same band chemistry with his current band, Foo Fighters. 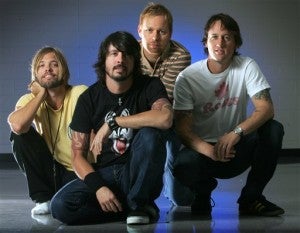 Who knew that one day, the drummer of Nirvana would be the artist he is now? When you hear his name and think of who he is now, his name holds a whole new meaning. Dave Grohl is probably a prime example of what happens when one decides to continue to make music. He has not stopped growing as an artist and thus, discovered that he can take the mic too and become a frontman of his own band.

The message is clear. When a band breaks up or if a band loses one of its members for various reasons, it doesn’t necassarily mean it is all over for the band and that there is no chance anymore for the remaining members to make it on their own. There are countless bands both in the mainstream and underground that have survived losing members both by natural and unnatural causes. The music just has to continue. And that is what forging ahead means.