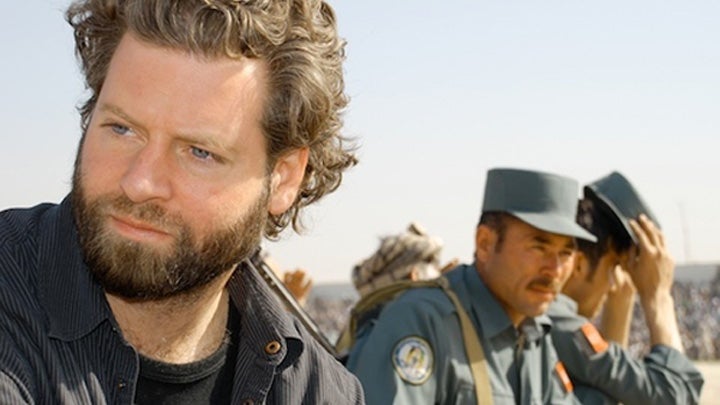 KABUL—An Afghan street kid is off to Hollywood and the red-carpet treatment at the Oscars— a fairytale ending to a chance encounter that led to a starring role in a movie.

Now he is preparing for his first flight in an aircraft and his first trip outside war-torn Afghanistan to a glamorous world almost beyond imagination on the grimy streets of Kabul.

French cast Mohammadi as one of the main characters in “Buzkashi Boys”, a movie shot entirely in Afghanistan and nominated for Best Live Action Short Film at the Academy Awards on February 24.

The film is about two youngsters growing up in Kabul who dream of becoming Buzkashi horseback riders in Afghanistan’s dramatic national sport, which uses a headless goat in place of a ball in a wild version of polo.

In the movie, one of the boys is a street kid like Mohammadi, the other the son of a blacksmith forced to spend long hours in his father’s dark workshop sharpening axe heads.

Ahead of the US trip, Mohammadi, sporting a leather coat and jeans, told AFP the adventure would be a “great privilege for me and for all Afghanistan to meet the world’s most famous superstars”.

“It’s truly such a great feeling to go to the Oscars, I had never thought about it. I still don’t believe it.”

Mohammadi, whose ambition is to become a pilot, said he hoped to be able to visit the cockpit of the airplane during his flight to Los Angeles.

“I have grown up watching Afghan movies. When I watched them, I dreamt of becoming an actor. Then I met Sam French on Chicken Street, that’s how I came to act in the film,” he said, with a big smile.

Mohammadi is the youngest of seven siblings. Their father died several years ago, and his five brothers all also work. He started selling chewing gum on the streets and expanded his trade to selling maps and dictionaries to foreigners.

He learned English as he worked on Chicken Street, a popular destination for expats shopping for Afghan carpets, jewellery and craftwork.

“We knew him from Chicken Street as the kindest and most warm-hearted street-kid, who would provide ‘bodyguarding’ services and sell maps—he always had a smile and witty remark,” French told AFP by email.

“The challenge was to make him not ‘act’ but to be himself. His kind and generous character was the very same character we had written — so we wanted him to be himself as much as possible and connect with the story on a personal level. He did a fantastic job.”

The other Buzkashi Boy is Jawanmard Paiz, also 14 and the son of a prominent Afghan actor, who plays an orphan in the movie. Both boys were 12 at the time the movie was shot.

Paiz has already appeared in a few films after starting his acting career at the age of five, and has attended the Cannes film festival.

“When I saw Fawad acting he was such a good talent although he was a street vendor and he really surprised all of us on set,” Paiz said.

Afghanistan’s once burgeoning cinema industry was hammered by more than three decades of war, especially during the 1996-2001 Taliban regime, when music and films were banned.

Now Afghan cinema is struggling to re-emerge amid an ongoing Taliban insurgency against the Western-backed government of President Hamid Karzai.

“There were many logistical challenges,” French said. “We spent over a year in pre-production to ensure we had the support of the Afghan government and police protection in all the locations we filmed.”

The boys will arrive in Los Angeles on Wednesday ahead of the Oscars on Sunday, with the cost of their trip covered by a fund-raising campaign, free tickets from Turkish Airlines and help from the US State Department.

They will stay “with an Afghan family to provide some cushion against the culture shock of travelling from Kabul to Hollywood”, French said.

Some of the extra cash raised will be used on Mohammadi’s education and to provide for his family.

Mohammadi, who has used his earnings from the film to attend sixth grade at a private school, says he refuses to be swept away by dreams of movie glory.

“I will continue to sell maps and dictionaries and go to school,” he said.