Charlie Sheen to alleged US cop killer: ‘Call me’ 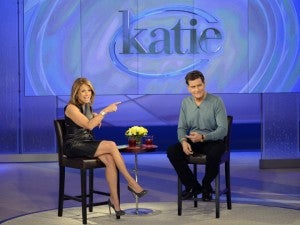 LOS ANGELES – “Anger Management” star Charlie Sheen released an online video Saturday urging an ex-cop accused of three killings to call him, after the actor was named in the man’s chilling online manifesto.

Police are hunting for Christopher Dorner, a 33-year-old disgruntled former LA Police Department officer who threatened to go on a murder spree against police and their families to avenge his sacking five years ago.

In a rambling online statement — in which Dorner threatened “unconventional and asymmetrical warfare” against the LAPD — he at one point describes Sheen as “effin’ awesome.”

Sheen — who was fired from the hit US sitcom “Two and a Half Men” in 2011 and has a long history of hard partying and scandal — addressed Dorner directly in a brief video posted at TMZ.com.

“Christopher Dorner? Charlie Sheen,” the actor says. “You mentioned me in your manifesto, so thank you for your kind words.

“I am urging you to call me. Let’s figure out together how to end this thing. Call me, I look forward to talking to you.”

Dorner, who police say is “armed and extremely dangerous,” is suspected of killing a couple on February 3 and then ambushing two policemen early Thursday, killing one. He also injured another officer in a separate incident.