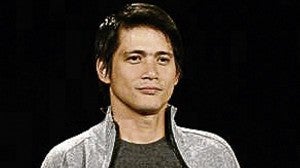 PADILLA. Will he opt for a more mature TV-film persona?

On “Kailangan Ko’y Ikaw,” the improbable but all-too-predictable has happened: Kris Aquino’s “meek” character has finally disobeyed her father (Tirso Cruz III) and chosen to admit her love for the principled cop played by Robin Padilla—who used to be her younger sister’s (Anne Curtis’) flame!

And, as of last Monday’s telecast, it was revealed that Anne was due to come back from her stint abroad, upon which she would be tapped by Tirso to take over the executive duties that Kris’ abrupt departure in the name of love had left unattended.

In time, it’s likely that Anne will again make a play for Robin, so what is Kris’ character to do? Sibling versus sibling in the eternal battle or catfight of love is par for the course for many romantic melodramas, but the tussle looks and feels particularly lopsided here, with “more mature” Kris having to compete against the obviously more volatile and seductive Anne—!

The two sisters’ competition for Robin’s heart of hearts would make more sense and be more believable if Robin’s character were to be made to value love and loyalty over the seductiveness of the interloper played by Anne.

But, wouldn’t this run counter to Robin’s signature macho screen image? —Or, now that he’s well on his way to becoming a Golden Boy, has the action-drama star finally decided to opt for a more mature TV-film persona?

Whatever the scripted outcome of Kris and Anne’s sibling rivalry over the still hunky-and-dory Robin, we should note that lack of believability and seriousness of purpose is an issue that has been linked to the drama series from the start:

On its very first week, Anne was involved in a “kidnap me” scheme that blew up in her face, but she wasn’t rapped for it. Another time, she “impishly” stole Robin’s all-important badge, and she got away with that prank, as well!

In the real world, those crimes would have gotten Anne in really hot water, but the drama series has been more, ah, “forgiving”—so, why would it opt for greater believability now?

—Perhaps because more mature and less escapist viewers want their entertainment to be more logical and believable than ga-ga tweens and teens?

So, we hope that the series’ latest unbelievable plot twist—Anne and Kris competing for Robin’s love—will be handled in a more logical and credible way.

We trust, too, that the characters portrayed by Tirso Cruz III and Ian Veneracion will be given more to do from here on in. We understand why the series’ central focus is on its three leads’ hotly “triangular” involvement with one another, but that’s  unreeling in a rather predictable way, so Tirso and Ian may be able to provide complications that will be more surprising—and provocative.

The latest twist in the unfolding series is the discovery that Tirso’s “dead” wife is in fact very much alive, although quite ill. Our expectation is that the belated revelation will open a Pandora’s box of other malodorous secrets that could, in time, make the manipulative paterfamilias’ carefully constructed house of cards come tumbling down.

—All the more reason to keep watching the show for more cliff-hangers and breaking-news revelations to come!