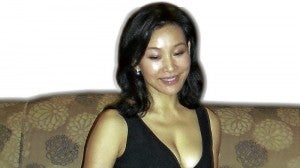 Many viewers may best remember Joan Chen as the ill-fated femme fatale Josie Packard from the supernatural mystery series “Twin Peaks,” which aired in the early 1990s. But the Chinese-American actress was in many notable films and made guest appearances on some programs prior to and after the fan-favorite show.

Chen, 51, previously starred in such acclaimed films as “The Last Emperor” and the more recent “Mao’s Last Dancer.” She had appearances on “MacGyver,” “Miami Vice,” and “Fringe,” among many others.

Chen started an acting career while in her teens back in China, and moved to the United States when she was 20. Currently, she is playing the role of Patricia on HBO and ABC TV’s first original series “Serangoon Road,” a 10-part mystery-drama scheduled to air by the third quarter of 2013.

“I’m a mix of the East and West,” Chen told members of the media at the press conference for the series, in Mandarin Oriental Singapore. “I read the script and found it very engaging. The East and West are very real and equal. That’s what Singapore is.”

Set in the 1960s, “Serangoon Road” depicts a chaotic, less familiar Singapore. It will be the backdrop for Chen’s struggling character Patricia. A widow looking for her husband’s killer, Patricia inherits a detective agency, which she will be operating with some hesitation.

“The concept of a detective story is another layer for me,” Chen said. “My all-time favorite [novelist] is Raymond Chandler. I love the old-school detective stories.” 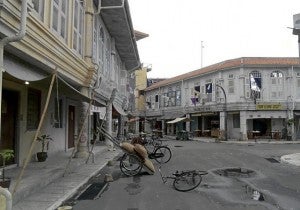 According to Erika North, HBO Asia’s VP for programming, Chen was their first pick for the role: “When (ABC executive producer) Sue Masters and I were developing the script, we’d joke to each other, ‘Patricia is such a great character; wouldn’t it be wonderful if we got Joan Chen?’”

Chen was attracted to the “very human” story, as well. “The political background is interesting,” she said. “We have the riots, the communists, the police, all in the background. In the foreground is just a human story and a lot of exciting action.”

Patricia lives in Chinatown, a comfortable setting for the actress: “Actually, I like these old buildings much more than the skyscrapers today. There is a set that we built in Batam (Indonesia) that just looks so wonderful, [like] the old Singapore coming back to life—that was a big attraction for me!”

A day before the press conference, a handful of Asian reporters visited the sets in Batam. Replicas of old Singaporean structures and facades form part of a busy plaza, while interior sets such as the detective agency, a bar and an office are housed in one big building. A few kilometers from the indoor sets is the civilian POW camp set, which will be shown prominently in a flashback scene.

Being an Asian-American, Chen considers working in the region a unique opportunity. “It feels very special,” she enthused. “I’ve always loved Southeast Asia. I love the tropical colors… I love the tropical skin color and the sweat on the color. I just love everything about the tropics. And so this time, I get to play a character in the region. It’s very special; it’s a combination of the East and West… this mix of different Pan-Asian cultures in our show, it’s very gratifying to be a part of.”

Developing Patricia required input from Chen, who was encouraged to add to the character’s history. “I think I brought a great deal of my feelings into her,” Chen revealed. “Today, she is flesh and blood.”

She elaborated: “What I have, she doesn’t have, and that’s how I relate to her. Her husband died. And the most precious things in my life are my children. She is unable to conceive, which gives her an underlying sense of unworthiness. If a character has that kind of longing embossed, then she’s more relatable to the audience.” 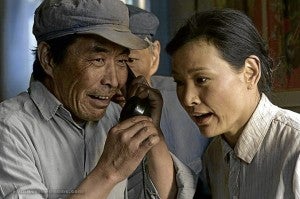 Shooting scenes for “Serangoon Road” started in August last year. After the actress recently finished the tenth episode, she was “proud” of the “generally wonderful” experience. Chen has been very picky with roles, moving to directing films on occasion. She veers away from caricature-esque Asian roles such as the demanding “tiger mom” and the intimidating “dragon lady.”

“I think people long to understand Asia,” she said. “It’s always much better when people actually want to know and understand you, instead of just putting you in a situation because they needed some spice for the dish. Now you’re the main dish, the meat itself!”

As someone who has recently played a “real” character herself, has she learned new things about the craft with her new project?

“That’s a very good question,” she said before pausing. “Ah, I know what it is! I usually am a great drama queen, you know? To be a series regular, you do a lot of things that are procedural, that try to explain other people’s stories.”

“And that’s something I have done very rarely,” Chen added. “In the beginning, it’s always a bit difficult. ‘Gee, you know, I’m not expressing my inner feelings!’ But that’s not your role. Your role is to be the procedural person because you’re a regular. The center of drama is on the guest stars. It sometimes can be challenging because you’re unsure. That’s something new!”