Anatomy of an interview–not that one 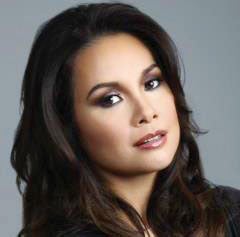 Just so we’re clear, this is being written from an interviewee’s perspective. That should be obvious, since I’ve been interviewed numerous

times over the course of my career.

An interview can be either one of the most pleasant and intellectually stimulating experiences a show-biz denizen can hope for, or one that is most painful, awkward and downright embarrassing.

There are times when either an interviewer or an interviewee shows complete indifference, merely going through the motions and watching the time, waiting for the minute he or she can leave the room.

However, when both parties show genuine interest in one another and in whatever topics they’ll be covering, then the time period allotted never seems enough.

I’ve had my fair share of both the awkward and the awesome. There have been moments that I wish I could clone and place on permanent repeat, as well as those that I’d rather just forget about, either for the quality of questions asked of me, or the stupid answers that flew out of my mouth in my attempt to be smart. Smart ass is more like it.

I’ve met journalists who look like they’d rather be giving birth than talking to me, as well as those who are enthusiastic and looking forward to a great conversation.

We have watched and read some memorable one-on-ones—riveting revelations and entertaining exchanges, both interviewer and subject contributing to a great session, either for print or for TV. Whether the interview lasts five, 15, or 50 minutes, time flies when everyone is having fun.

Allow me to share with you the factors that made some previous interviews incredibly enjoyable for me:

1) Do your research. Or at least sound like you did. Ask a question that no one else would’ve asked before.

On a long press junket where a celeb has to face one reporter after another the whole day, each reporter allotted no more than five minutes, I presume (oftentimes correctly) that the same hackneyed question will be asked. I perk up when what is thrown at me is either a totally unique question, or an old one given a new twist.

That said, the subject of the interview (or numerous interviews) needs to exercise patience in case something untoward happens. The celeb needs the interview to go well in order to get his or her movie, TV show, teleserye, or CD promoted well. Being antipatiko doesn’t ever help anyone.

2) In addition to patience, a celebrity must train him/herself to answer the same questions in an interesting fashion. For example, when asked “How does it feel to work with Vilma Santos?” how are you going to, over and over again, express your feelings?

“Oh, I’ve always been a fan of Ms Vilma, and I’ve always wanted to work with her.” Or, “It’s been such a dream of mine to meet her, and now I get to share the screen with her!” Or, “I never thought she was actually that hot. She’s hot!”

I challenge myself to answer the same question in at least 20 different ways. If nothing else, it’s very entertaining … if only to me.

3)  Please be smart and funny. I don’t like dumb celebs who give stupid answers, prompting interviewers to ask questions that a kindergarten student could handle with aplomb.

It’s definitely more interesting when a celeb comes across as intelligent, but with a sense of humor. What’s the point of being smart when you’re boring as a bag of hair? It’s fun to see both interviewer and subject having a great time, cracking jokes and telling stories, that it seems less like an interview and more like a crisp conversation between friends.

4)  Know your medium. There are journalists who are better read than heard and seen. And vice-versa.

In much the same way that there are actors better suited to one medium versus another (someone who looks great on stage looks weird on screen, for example), there are journalists who should know which medium suits them best.

There are those better read (as in, their written articles are just gems), and there are others better seen and heard (it takes a special kind of quick thinking human to function on TV).

There are those who excel at both print and TV, and there are others who should never, ever do what they’re not good at. It’s not fun watching someone be uncomfortable. I’d much rather hide under my bed. Yikes.

5)  Think … then think again before you speak. This one is self-explanatory. Protect yourself from foot-in-mouth disease.