The dream need not be a nightmare 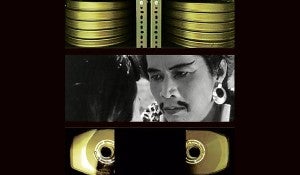 POSTER of The Philippine Cinema Heritage Summit, which begins Friday at the Philippine International Convention Center.

What used to be a warehouse is now a storage building equipped with air-conditioning and humidity control equipment that runs 24/7. By force of an Administrative Order, the archive has started acquiring the audio-visual collections of various agencies like the National Historical Institute, and private archives like the Mowelfund Film Institute and Sampaguita Studio, that are in need of a facility that runs according to world archiving standards.

Since its inception, the vision of the Society of Filipino Archivists for Film (Sofia) has been the establishment of such a national audio-visual library. This vision was articulated in 1994, when Agustin “Hammy” Sotto led a group of archivists, librarians and scholars and took on the challenge.

After 18 years, the dream is finally coming true, thanks to the present FDCP administration. Now that its goal is within reach, Sofia can remain relevant by making sure the dream doesn’t turn into a nightmare.

Challenges—political, economic, cultural—still face the FDCP and all stakeholders. The NFAP is happening because of the appointment of Briccio Santos, FDCP head. Santos, himself a visual artist and filmmaker, has been very aggressive in addressing the need for a film library. Sofia has found an ally in him.

Under Santos’ leadership, the FDCP has taken not baby steps but giant leaps in constructing an archive. While aggressively pursuing this plan, the council is also establishing cinémathèques in various regions, where it hopes to develop audiences. The archive is envisioned to provide the films for these cinémathèques.

The foremost challenge is to realize the plan in four years. Santos’ tenure is coterminus with President Noynoy Aquino’s administration. If this appointee is lucky enough to stay in the good graces of Aquino’s successor come 2016, he may stay on as FDCP director. A new president brings with him a fresh entourage. So, it is best to see to it that a national film archive is firmly in place by then—the edifice constructed, an archive staff hired, and a long-term operations plan set in motion.

To achieve these, the FDCP has to be politically savvy. It should be able to convince both houses of Congress that building a national film archive is as important as allotting budgets for the Department of Education, Department of Health and other government agencies engaged in social services. It is a tall order.

In 1998, the proposed construction of an archive on Mt. Makiling was estimated at around P200,000,000. The FDCP should convince Congress that spending this much for a film library is a wise investment for the future.

Why spend on archiving? So that future generations can watch “Every Breath You Take” or “Moron 5”? Why spend a million pesos for restoring a film like “Himala” when, with that amount you can construct about 20 low-cost houses for the poor? Can a film library help the economy? These are just a few questions that may be hurled in the stakeholders’ direction.

The idea of archiving was relatively unknown in the country until the late 1960s. In 1969, Hammy Sotto and this writer were research assistants in Ateneo de Manila University’s Department of Communication. With another assistant, we were assigned to make an inventory of films in the Big Three Studios—Sampaguita, LVN and Premiere. In the early ’70s, screenwriter Gil Quito, for his undergraduate thesis in Mass Communication at the University of the Philippines, tackled the need for a national film archive.

During the Studio Years, the post-war period until the early ’60s, archiving was not in the minds of the producers. Films had no life after their circulation around the country. There were storage rooms, yes, but they were walled-in by hollow blocks, and the man-in-charge made a list of the collection on yellow pad paper and revised the positive prints by fixing broken sprockets with tape. This constituted the films’ preparation for provincial distribution.