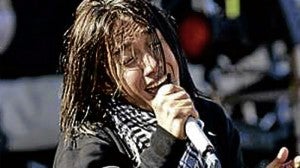 The catchy five-note piano tune that accompanies the Movie and Television Review and Classification Board’s (MTRCB) ratings advisory preceding TV shows and films was composed by musician Francis “Brew” Reyes, according to former MTRCB chair Grace Poe-Llamanzares in an interview on  “Gandang Gabi Vice” on Sunday.

On his Facebook page on Monday, the former member of The Dawn and current guitarist of Peso Movement posted:

“I have to admit kinilig ako. Even my immediate family didn’t know until today. But, the purpose really is that we all follow the viewing advisories. That is the most important detail of all.”