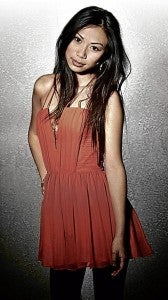 A rundown of international artists set to perform in Manila in the first quarter of this year:

Swedish House Mafia (SHM), January 16, Mall of Asia Arena
This trio of Swedish DJs/producers Axwell, Steve Angello and Sebastian Ingrosso is ranked No. 2 on Rolling Stone magazine’s “Top 25 DJs That Rule the Earth” list. SHM started out as club DJs in a Stockholm pizza parlor and attracted attention when its single, “One (Your Name),” entered the UK chart at No. 7. The boys became rock stars of the electronic dance music scene worldwide, filling up large venues and enjoying more chart successes. The Manila gig is part of a tour before SHM takes an indefinite break.

The concert, “Dream K-Pop Fantasy” is awaited by the multitude of Pinoy K-Pop fans. The biggest attractions in K-Pop concerts are highly polished production numbers. Much of the music are slick adaptations of American R&B, soul, hip hop, rock and pop.

The Fil-Am singing sensation of “American Idol” fame first performed in Manila last Sept. 21, also at the Big Dome, with nine other Season 11 finalists (she was 1st runner-up). A near-capacity crowd turned up mainly to watch her and she didn’t disappoint. Can she go solo this early? (Colton Dixon, seventh finalist, is special guest).

Jose Feliciano, Feb. 21, Cebu Waterfront Hotel, and Feb. 22, Smart Araneta Coliseum
We remember this Latin American musician strumming the acoustic guitar to distinct covers of The Doors’ “Light My Fire” and the Christmas carol “Feliz Navidad.” Feliciano is also a talented composer. He wrote the theme of the TV comedy series “Chico and the Man” (where he played a guest role), and the instrumental piece “Affirmation” (famously covered by George Benson). At age 67, Feliciano is one of two blind music legends (the other is Stevie Wonder) that many would still love to see in concert.

Hugely popular around the world before The Beatles broke out, Richard started out as an Elvis Presley rocker type. He branched out in mainstream pop and acted in movies that featured his songs. His cool balladeer voice inspired the likes of Jose Mari Chan. Richard successfully reinvented himself in the 1970s and again, in the ’80s. Now, at 72, he still tours actively. 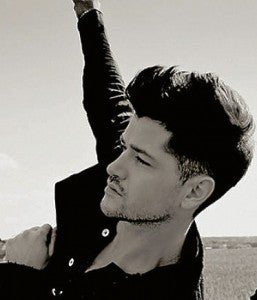 Another “American Idol” runner-up (Season 8), Lambert first performed in Manila in 2010, when his powerhouse vocals and glam-rock swagger was in full effect. With a new album, “Trespassing,” which debuted at No. 1 on the Billboard Top 200 chart, Lambert is expected to pull in a big audience on this return engagement.

On first impression, a cross between U2 and Sting. The band’s self-titled 2008 debut album is now a classic—all tracks sounding so good, we can listen to them all day. We hear the tickets are going fast! Pocholo Concepcion