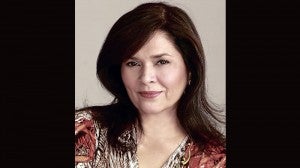 One of the most unforgettable moments in Hilda Koronel’s career, if not in her entire life, was her “funeral” scene in Lino Brocka’s 1975 film “Maynila sa mga Kuko ng Liwanag.”

The film is in the process of being digitally restored by the Film Development Council of the Philippines (FDCP) in partnership with the World Cinema Foundation (WCF), chaired by Oscar-winning filmmaker Martin Scorsese.

Ever the stickler for realism, Brocka asked the actress to lie down in a real coffin. Was she spooked!

“As I lay there, I tried to hold my breath,” Koronel, who’s now based in the United States, told the Inquirer in an e-mail interview. “It was one of those coffins for the indigent. I was not even sure if it was new, or if it had been used before.”

She recalled that Brocka insisted on shooting in actual locations—as described in the novel by Edgardo M. Reyes. “He preferred real places, not studio sets. He would ask me to walk around Santa Cruz in Manila, and he would steal shots.” The late filmmaker had wanted to remain faithful to the story, she explained. 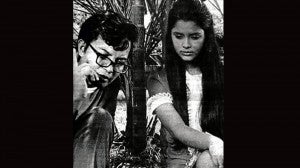 WORKING on a classic. Hilda says Lino was “my mentor, my father, my friend.” PHOTO FROM www.video48.blogspot.com

Another highlight was her love scene with leading man Bembol Roco. “We shot that in a dingy motel room. I brought my own bed sheets and Lysol (disinfectant).”

In spite of challenges such as these, she looked forward to every working day with Brocka, Koronel said. “It was always exciting. I knew what he wanted from me because he knew my capacity as an actress. After all, I grew up with him. He trained me [in acting].”

Brocka, she said, was “my mentor, my father, my friend. I could always discuss my fears with him,” she related. “I could always count on him—whether it was about my personal life or my career. If he said that a film would be good for me, I would accept it without thinking.”

She added: “He always had my back. I miss him terribly.”

She pointed out that Brocka, who passed away in 1991, left a huge void in her life in particular, and in the Philippine movie industry in general.

She said she had most admired Brocka’s intelligence and insight into people, society and social ills. “Lino loved the masses. We both came from humble beginnings. His background, I believe, shaped him and his beliefs. He was never pretentious. He had strong personal convictions and he acted on them. His principles were very evident in his films.” 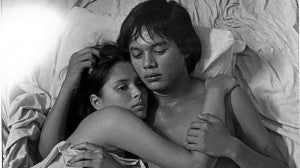 Brocka’s movies, to this day, mirror the struggles of ordinary Filipinos. Koronel noted that the director’s body of work shows that, “as in all societies, our country has its good and bad sides. But we, as a people, have survived so much. Despite the odds, we sometimes came out on top. We simply must fight for what we believe in.”

Koronel said she was elated that Scorsese’s WCF, along with “Maynila’s” cinematographer-producer Mike de Leon and the FDCP, had banded together to digitally restore the movie.

She said it was “great” news and that, hopefully, it would “encourage our countrymen to preserve our cinematic treasures. I hope [Scorsese’s] foundation can also [help] provide us with the resources to protect our films.”

After these films are preserved, the actress said, audiences should be given access to them.  She is aware that Filipino classics are now being studied in schools. “I had to discuss some films in class when I went to college in Maryknoll years ago,” she said.

Koronel hopes retrospectives and festivals of Brocka’s films will be mounted all over the country as well.

“Lino’s movies are timeless,” she said. “The social issues he tackled in ‘Maynila’ remain relevant to this day. It’s important for today’s generation to be made aware of these movies … so they will see that we can make great films. These films are our legacy. These films make us proud.”