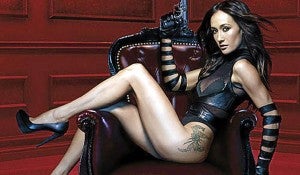 Thrilling and tautly reinvented, the spy action-drama series “Nikita” borrows concepts from its similarly titled 1990 film predecessor, expanding on the suspenseful conflict between a rogue female agent and the sinister organization that created her.

The spy-assassin Nikita, portrayed by nimble Maggie Q (“Live Free or Die Hard”), now sabotages the operations of the covert mercenary agency Division, which previously trained and unleashed her on unsuspecting targets. But Division also killed the innocent civilian that Nikita fell in love with while she was undercover, which led to her escape and revenge mission.

As part of her plot, Nikita plants a mole, Alex (Lyndsy Fonseca), a young woman falsely accused of murder. Also victimized by Division, the formerly drug-addled Alex was secretly rehabilitated and trained by Nikita to resist the conditioning of the group, which plans to turn her into another assassin.

From within the Division facility, Alex is able to relay information to her “sensei” Nikita, who manages to whip up all sorts of trouble for her former masters.

“Nikita,” developed by executive producer Craig Silverstein, focuses on two strong female characters, giving the show unique and broad perspectives. The war is being waged on two separate fronts that routinely converge through specific encounters and even integral flashbacks.

Story-wise, the mole angle is reminiscent of the double-agent situation in the early seasons of JJ Abram’s spy show “Alias,” but “Nikita” has an intriguing take on the infiltration. Also noticeable are the similarities to Joss Whedon’s “Dollhouse”—the hidden Division headquarters also has clean but claustrophobic interiors, where young and attractive recruits are often assessed and “programmed” by shady overseers.

Comparisons aside, the reimagined “Nikita’s” espionage conflicts are inveigling, and it’s quite easy to sympathize with and cheer on this new breed of action heroines.

The program shows footage of teachers wading through shoulder-deep rivers to reach children in need of education, students who write lessons on leaves for lack of notebooks and heroes willing to cross the sea to deliver free supplies to students.

Also a tribute to the victims of the recent earthquake and tsunami in Japan, “Moving On” is top-billed by Kapuso stars Rhian Ramos and Aljur Abrenica. Joining them is GMA News anchor Arnold Clavio.

Surviving tsunami
CNN International announced the airing of the NHK-produced documentary “Surviving the Tsunami” tonight at 9.

Using NHK’s exclusive footage and amateur videos, the docu gives viewers a comprehensive look at the destructive power of the catastrophic tsunami on March 11, 2011, and the extraordinary tales of human survival. 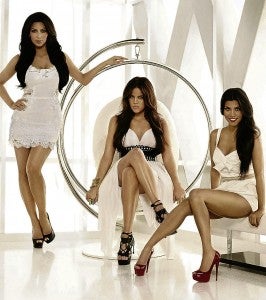 Hot sisters
Reality TV’s hottest sisters return in Season Six of “Keeping Up with the Kardashians,” Tuesdays at 7 p.m. on E! Entertainment Television.

To watch out for are the tension between Scott and Kourtney’s family, Kim’s new whirlwind romance and Khloe’s, Kendall’s and Kylie’s own issues.

Kids’ book day
Lyn Ching, host of the GMA 7 morning show “Unang Hirit,” was the featured book reader when the SM Committee on Youth and Welfare launched the National Children’s Book Day in 421 SM malls nationwide and simultaneously in SM malls in Xiamen, Chengdu and Jinjiang. 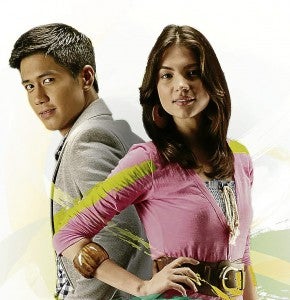 The National Children’s Book Day is celebrated every third Tuesday of July.

Joining the launch were partners from the Department of Education (DepEd), the National Book Development Board (NBDB), Inquirer Read-Along, Vibal Publishing, BDO Foundation and SM Foundation.

The “activity campaigns” in the event aims to cultivate a habit for reading that would boost a child’s development at an early age.