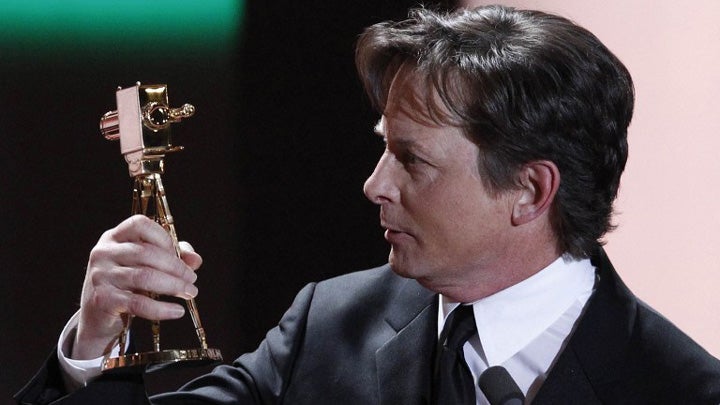 PASADENA, California – On his upcoming NBC comedy, Michael J. Fox will play a newscaster who had quit his job due to Parkinson’s Disease but returns to work in the show’s first episode because a new medical regimen has helped him control many of the disease’s symptoms.

It mirrors the life of the former “Family Ties” and “Spin City” star, who said last year that drugs have helped minimize the physical tics of Parkinson’s and has enabled him to take on more acting jobs.

The TV comedy, which doesn’t have a title yet, is a key piece of NBC’s strategy to build upon a revival that has brought the network back from many years in the ratings wilderness. Show like “The Voice” and “Revolution” have made NBC the only one of the four biggest networks to gain in viewership over last season.

Fox’s series doesn’t have a title yet. Though it’s not definite, NBC is pencilling the comedy in for September on its low-rated Thursday schedule. The long-running Thursday comedy “30 Rock” ends its run on Jan. 31, and “The Office” will exit after a special one-hour episode this spring.

In the family comedy, Fox’s character will be the father of two teen-age children and a younger boy, Jennifer Salke, the network’s entertainment president, said on Sunday. It will be set in New York City, and filmed there, too, she said.

The real-life disease has left Fox an object of pity-fueled admiration, yet Fox “approaches his life and his work with a lot of irreverence,” Salke said.

“It’s a family show that has him dealing with work and office relationships as well as dealing with kind of his public persona, which is very real,” she said. “You see, he gets a standing ovation everywhere he shows up, and the idea that he’s sort of been put up on this pedestal by the country and the world, really. He’s just a regular guy, who gets frustrated, who gets mad at having to sit at home.”

Fox is meeting this week with actresses who may be cast as his wife on the show.

Fox has appeared in limited roles over the past few years, most notably as a lawyer in CBS’ “The Good Wife.” But it’s his track record as the star of two previous comedy series that has NBC executives eagerly looking forward to the new show. He left ABC’s “Spin City” in 2000 after four seasons, saying he hoped to help find a cure for Parkinson’s.

NBC focused this season on improving its standing earlier in the week, building from the popular Sunday night football franchise and a new fall edition of “The Voice” on Mondays and Tuesdays. The strategy worked better than executives envisioned, said Robert Greenblatt, NBC entertainment chairman.

In the “must-see” days of “Friends” and “Seinfeld,” NBC was the king of Thursday nights. But its ratings are a fraction of what they were, as its current comedies haven’t matched their critical acclaim with a large audience.