Why not a ‘Top-grosser’ award, instead? | Inquirer Entertainment
Close
menu
search

Why not a ‘Top-grosser’ award, instead? 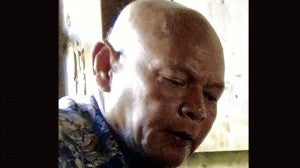 Lina Vilas, housewife: “Bembol Roco’s magnificent portrayal of Nora Aunor’s husband in ‘Thy Womb’ was sadly ignored by the jurors in the Metro Manila Film Fest. Aunor’s scenes with Roco wouldn’t have been as effective if her character’s husband were essayed by an actor of lesser caliber.

“I hope Bembol’s compelling performance in the movie won’t go unnoticed come award-giving season. He should be way up there in the acting derbies, alongside Eddie Garcia’s memorable performance in ‘Bwakaw.’”

Bong Solis, college professor: “So much has been written about a film’s box-office performance as one of the criteria in choosing the MMFF Best Picture, and the people behind the festival have a lot of explaining to do.

“How can a film like ‘Thy Womb’—which has won seven international awards so far—not even merit a third Best Picture citation?

“During the early years of the fest, I remember that a ‘Top-grosser’ award was given. Can’t they revive that award next year to avoid confusing moviegoers?”

Cynthia Merced, televiewer: “It was a delight watching Kris Aquino interviewing former Miss Universe runner-up, Shamcey Supsup, and her boyfriend on ‘Kris TV.’ When I heard the couple talking about their relationship, I was hooked!

“To her credit, Aquino wasn’t her usual ‘narcissistic’ self. She described the episode as a celebration of love—and it was!”